Dr Christopher Sweeney talks to ecancer at the 2019 American Society of Clinical Oncology (ASCO) Annual Meeting about results from the ENZAMET trial looking at the use of enzalutamide as treatment for men with mHSPC who have received testosterone suppression.

He explains that enzalutamide is known to prolong the survival of men with castration resistant disease so the purpose of this trial was to study its success in the hormone sensitive setting.

Dr Sweeney reports that patients randomly received either enzalutamide or placebo with testosterone suppression and that after 3 years the overall survival rates were 80% with enzalutamide compared with 72% for placebo.

Today I had the great honour of presenting the results of the ENZAMET study which was a global academic study led by a group called ANZUP out of Australia. It’s a study of adding enzalutamide to testosterone suppression in men starting therapy for metastatic hormone sensitive prostate cancer.

What we know is that a drug like enzalutamide prolongs the survival of men being treated for castration resistant disease and here we are saying, okay, if it works in the resistant setting can we use it in the hormone sensitive setting. What we see is that we accrued 1,125 men, half got the non-steroidal older therapies of bicalutamide, flutamide and nilutamide which are less potent androgen receptor inhibitors and here we gave them enzalutamide with the testosterone suppression. We also allowed for patients to get docetaxel concurrent because we know docetaxel works in patients with high volume disease when starting hormone sensitive prostate cancer therapy.

What we saw is that patients had an improvement in overall survival at the overall analysis with a 33% decreased risk of death but what we did notice at this stage is that the analysis is early because it was positive on an interim analysis and the three year overall survival was increased from 72% to 80%. When we look at patients who had high volume disease they also had a survival benefit but many of them actually got docetaxel so the absolute benefit was less because they also got a benefit from the docetaxel. What we also see is that patients with low volume disease, their survival went from about 80% to 90% at three years but we didn’t see patients who did not get docetaxel, so the benefit was clearest in patients who did not get docetaxel whereas patients who did get docetaxel did not have a clear survival benefit. That could be patients who get docetaxel and testosterone suppression get a good, deep remission, their PSA rises, we give them the enzalutamide or abiraterone and their survival benefit is not seen because they get salvaged effectively. Whereas if patients are on the enzalutamide and the docetaxel and testosterone suppression up front they may not have the options to get salvaged. So right now at the early analysis it could be ADT and docetaxel followed by enzalutamide is as good as giving it all up front.

So when I see a patient I will now counsel them on here are your options, you have high burden disease, poor prognosis, and you’re fit for chemotherapy. We’ll give you docetaxel or we could give you the hormones, and describe the side effect profiles and the cost. If, however, a patient is not fit for chemotherapy or has low burden disease choosing abiraterone, apalutamide or enzalutamide are very good options. You’d probably steer away from the enzalutamide if they have diabetes and would steer away if a patient has a predisposition to seizures and falls. So it’s got to be a patient and physician discussion working out what is the best treatment for them. 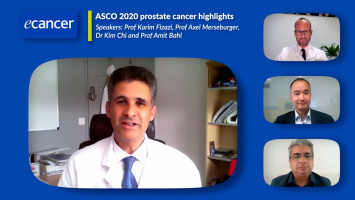 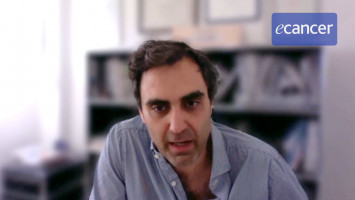 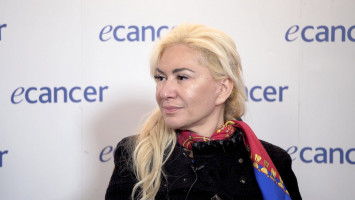 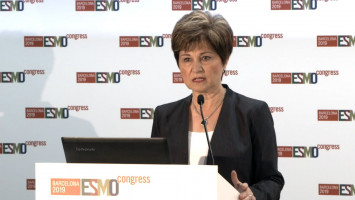