Following treatment with the immunotherapy drug pembrolizumab, 23.2% of people who had not previously been treated with chemotherapy and 15.5% of previously-treated patients were alive after five years.

Thank you very much, I appreciate ASCO selecting this presentation to discuss further and to discuss with you about the five year overall survival data for the advanced non-small cell lung cancer patients who received pembrolizumab as part of the KEYNOTE-001 clinical trial.

I had the opportunity to present the data from this study back in 2015, along with a companion article in The New England Journal of Medicine and at that time we showed a response rate of about 20% in patients who were previously treated. It also showed that patients who had high expression of PD-L1, PD-L1 expression in at least half of their tumour cells, had clearly superior clinical outcomes as compared to patients who did not. One thing about that presentation and publication in 2015, though, was that our follow-up time was fairly limited and, of course, the promise of immunotherapy has really been the promise of having a long-lasting and durable clinical benefit and that requires further follow-up time. So now at the presentation tomorrow you will see data from an analysis on November 5th 2018; at that time we had over five years’ median follow-up and of the 550 patients who were enrolled, 100 of them were still alive at that time.

Among the previously treated patients there was an allowance for both PD-L1 positive and negative disease and what you can see here is that, again, a quarter of the patients who were PD-L1 greater than 50% were alive at five years. I will point out, this is not five years from the time of diagnosis, this is five years from the time of initiation of pembrolizumab. All of these patients had already received prior therapies and some of them multiple prior therapies by the time they went on trial. The five year survival rate for patients in the 1-49% group again was about half of what was seen in this PD-L1 >50% group and unfortunately the five year survival was fairly limited among patients who were negative for PD-L1.

In current clinical trials looking at pembrolizumab, pembrolizumab is generally given for two years. So we looked specifically at patients who received two years or more of pembrolizumab. In that group, as you can imagine, the majority of them were patients who did have an objective response and, as you can see, in both the treatment naïve and the previously treated group of patients the five year survival exceeded 75% in both of these groups.

We have periodically updated data from the KEYNOTE-001 study, this being, of course, the longest experience of patients with non-small cell lung cancer receiving pembrolizumab. One of the things, of course, we have looked to assess is whether or not there is a late onset of toxicities, particularly immune related toxicities. What this figure shows here is the comparison of our data at five years compared to an analysis that took place at three years. As you can see, there is a fairly minor increase in the immune mediated adverse events between three and five years.

So, in conclusion, non-small cell lung cancer advanced disease generally has been a disease where we have considered patients to be very unlikely to be living five years. Five year survival, of course, is a benchmark that has typically been used in cancer and it is certainly encouraging to have seen over 15% five year survival in this group. It was particularly impressive to see the 25% five year survival group in patients who received pembrolizumab who had PD-L1 of at least 50%. Patients who have this level of PD-L1 staining often in clinical practice today do receive single agent pembrolizumab and to have these five year survival data is certainly encouraging. It’s particularly encouraging among the patients who do well; among those who had at least two years of pembrolizumab over three-quarters of the patients remained alive at five years. The safety data did not really show any unanticipated late toxicity which I consider encouraging. I think in total the data confirm that pembrolizumab has the potential to improve long-term outcomes for both treatment naïve and previously treated patients with advanced non-small cell lung cancer. 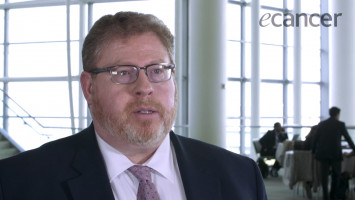 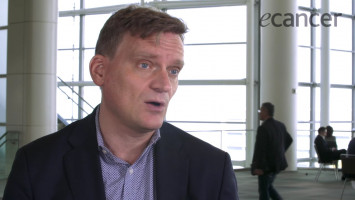 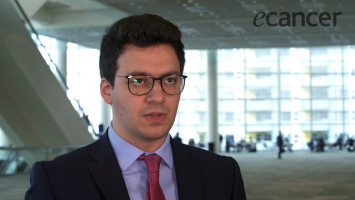 18 Feb 2020
Where have we got to with cancer treatment?
Prof Alexander Eggermont - Princess Máxima Center for Pediatric Oncology, Utrech... 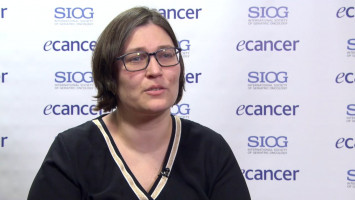 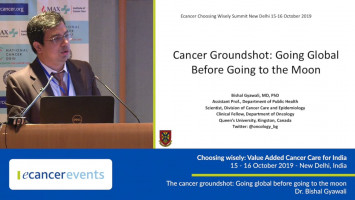 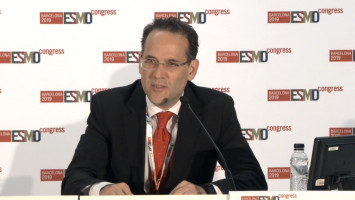 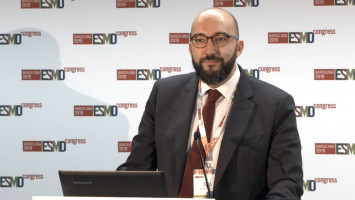 30 Sep 2019
Comment: The success of immunotherapy means we have to change our mindset as we ...
Dr David Graham and Dr Edward B. Garon 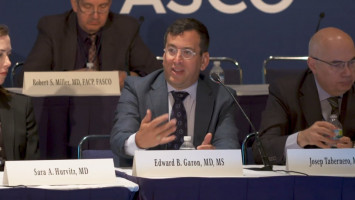