Dr Mark Litzow talks to ecancer at the European School of Haematology (ESH) meeting: International Conference on Acute Lymphoblastic Leukaemia about the novel indications for the use of an allogeneic haematopoietic stem cell transplantation (HSCT) for the treatment of acute lymphoblastic leukaemia (ALL).

He states that the use of a paediatric, intensive chemotherapy regimen is associated with better outcomes in young adults.

Dr Litzow also mentions the observation that patients with a negative MRD experienced better remission along with a more favourable outcome.

With these indications, along with additional genetic markers, he describes that a transplant may not be required for these patients.

I spoke about the indications for allogenic transplant in acute lymphoblastic leukaemia. This is a field that has been evolving fairly rapidly. For many years we felt that all patients who were adults with acute lymphoblastic leukaemia should have an allogenic transplant as the best treatment to prevent them from relapsing. However, some years ago an observation was made that young adults who are treated with a more intensive chemotherapy regimen that’s used by the paediatricians have better outcomes than what we see with the traditional adult chemotherapy that we used to give. They were showing survival rates in the 60-70% range and that was as good, or better, than we could achieve with transplant. So, subsequently prospective studies were done where paediatric intensive chemotherapy regimens were given to young adults up to the age of 40 and even in some instances above that, even up to age 55. Those studies also showed very favourable outcomes.

So it began to appear that young adults who had a very good outcome, a very good result, with treatment of their leukaemia might not need to have a transplant. There was a retrospective study that was done that compared patients between the ages of 18 and 50 who had had a transplant and they were compared to a group of patients that had had this paediatric intensive regimen. That study actually showed that the patients that got the paediatric intensive chemotherapy and did not have a transplant actually did better than the patients who had a transplant. Their risk of dying of a complication was much less than what we see with transplant. Interestingly, their relapse rate was not different. In the past, patients who had had a transplant seemed to have a lower relapse rate than those who had gotten chemotherapy but in this instance the relapse rate was about the same and it was at a fairly low level. So these studies all suggested to us that now if someone, a young adult, gets treated with a paediatric intensive chemotherapy regimen and particularly becomes MRD negative that they may not need to have a transplant at first remission.

Another factor that we take into account is their genetic profile. There are certain genetic markers that could put them at increased risk for relapse or certain cytogenetic changes. So we do take that into account in our decision making but if a patient does not have an unfavourable genetic or cytogenetic finding and again achieves that negative MRD state we don’t think that they need to have a transplant in first remission. So that has been a big change for how we have approached these patients.

In conjunction with that, the subset of patients with ALL who have the Philadelphia chromosome or the BCR-ABL gene rearrangement, we’ve also seen remarkable improvement in their outcome. That’s based again on two features – one is the use of these tyrosine kinase inhibitors like imatinib, dasatinib, nilotinib and ponatinib, those are the four that have been used in this setting. Those patients that receive a tyrosine kinase inhibitor, or TKI, in combination with chemotherapy also have much improved results from what we had seen previously. Our paediatric colleagues who treat these patients also have found that if their patients get into remission and, again, are MRD negative they can do as well as patients who have a transplant.

In the adult setting we’re not quite ready to make that change and say that those patients don’t need a transplant. We learned today at the meeting that the French group is going to try to randomise those patients to either transplant immediately or to get a tyrosine kinase inhibitor as maintenance after they’ve gone through treatment and achieved remission to see if they can avoid doing a transplant.

The other big change in ALL is the use of immunotherapy, so with drugs like blinatumomab, a bispecific T-cell engaging antibody that brings a T-cell close to the leukaemic blast and kills it, that combining that either with chemotherapy or using it instead of chemotherapy might be able to improve the outcome both for Ph negative patients but also for the Ph positive patients. In the United States we’re going to do a trial where we’re going to randomise patients to get a tyrosine kinase inhibitor plus chemotherapy or a tyrosine kinase inhibitor, and in particular blinatumomab, and see if by reducing the amount of chemotherapy we can still get an excellent outcome. 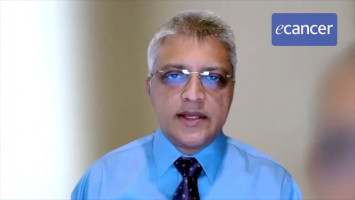 19 Sep 2021
Impact of biomarkers on pCR and survival after T-DM1 with or without ET vs trast...
Prof Nadia Harbeck - University of Munich, Munich, Germany 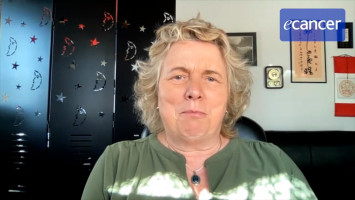 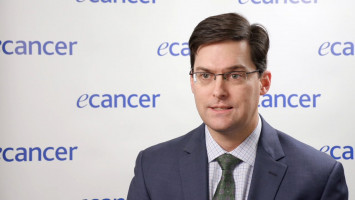 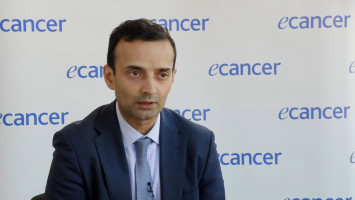