Prof Anthony Moorman talks to ecancer at the European School of Haematology (ESH) meeting: International Conference on Acute Lymphoblastic Leukaemia about the integration of risk factors to precisely predict outcomes in paediatric acute lymphoblastic leukaemia (ALL).

He discusses the effectiveness of the minimal residual disease assessment both in isolation or in combination with other risk factors and how patients are currently assessed in the clinic.

Prof Moorman explains the possible role of personalised medicine according to tumour type and how these findings may apply to adults with ALL over the next few years.

What I’m talking about today is integrating risk factors to more precisely predict outcome in paediatric acute lymphoblastic leukaemia. As many people will know, minimal residual disease, or MRD, is one of the most predictive biomarkers that we have within paediatric ALL and the question I’m addressing is can you use that alone to predict outcome or should you integrate that with other risk factors such as the tumour genetics, the age of the patient, the white cell count, etc.

So we’ve done a couple of very large studies based in the UK which have now been validated in independent cohorts across Europe that show really in order to get the maximum value out of your MRD measurement at the end of induction what you need to do is you need to put that into the context of what’s the genetic subtype of the leukaemia, how old the patient is and what their presenting white cell count is. You can do this at two levels: you can just merely integrate the MRD level and also genetics to more precisely refine what the MRD is telling you about the risk of that individual patient or you can actually integrate multiple risk factors into a single prognostic index. The first example where you’re integrating just MRD and genetics, what you really need to do is define genetic specific MRD thresholds in order to better refine whether a patient is likely to relapse or not. If you take the second example where we’re looking at the prognostic index, what that enables you to do is assign an individual risk score to each individual patient and then you can use that in a kind of study or a clinical trial where you can divide up your entire cohort into patients with different risks and therefore derive different treatment risk groups where you might want to consider the patients at the very low risk of relapse for some kind of treatment de-escalation. Those that are at the very highest end you might want to consider more experimental chemotherapy and the ones in the middle would be the randomisation to an important drug.

How are these patients currently assessed?

Currently patients at initial diagnosis a bone marrow sample is taken and you look for an MRD marker, that’s a kind of leukaemia specific marker that you will track during therapy. The most common time to do this MRD assessment is at the end of induction which usually lasts for four or five weeks in most of the major protocols. That’s the kind of major investigation that is done in acute lymphoblastic leukaemia. In addition to that, you will always do a kind of standard genetic work-up to find out what genetic abnormalities are present in that particular leukaemia. We’ve been doing both of these techniques independently for many, many years now. The advantage of the work that I’ve been doing over the past few years is actually to integrate those two pieces of information into a single risk factor. Rather than think about the MRD and the genetics completely separately you think about them together and you start adjusting one level, the level of MRD, for the genetics and that gives you a more precise measure in order to predict outcome.

What influence will genetics have on personalising treatments for patients?

Personalising therapy for patients is kind of quite a difficult concept, really, because there are lots of patients and there are only a limited number of therapies we actually have. But what the genetics can do is if you have a specific genetic abnormality that we know is sensitive to a particular drug, you can introduce that drug into the protocol for that specific patient. There is an example that we’ve been doing on a completely separate study that I’m not actually talking about tomorrow where a group of abnormalities called ABL class fusions which are sensitive to a drug called imatinib or dasatinib, a class of drugs known as tyrosine kinase inhibitors, what you can do is you can measure a patient’s MRD response at the end of induction. If that response is not very good what we’ve been doing in the UK is testing those patients for these rare ABL class fusions and where they’re present we then add imatinib into their therapy at that point in time. We’ve got preliminary evidence to suggest that that has dramatically improved outcome in this rare high-risk subset of patients. So that’s getting towards personalised medicine. Obviously it’s tuned to the specific tumour type rather than the person but it’s heading in that direction.

Everything that I have talked about, really, has been paediatric ALL and so this really accounts for everyone up to about the age of 25. But we’ve been doing all the same kind of research in adult ALLs and this is going up to patients who are 60, 70, 80 years old. Essentially all the same concepts come out. The number of patients that we have to analyse are much smaller because acute lymphoblastic leukaemia is rarer in adults and it’s slightly more challenging but I do think that over the next few years all these advances that we’re making in paediatric ALL will translate in some form to treat adult ALL far more effectively. Because at the moment the outcome of patients with adult ALL is significantly less than paediatric ALL so we really do need to translate these ideas. They’re not all immediately translatable because obviously you have to adapt it for the particular setting but the concepts and the ideas will be translatable into adult ALL to improve the outcome of those patients as well. 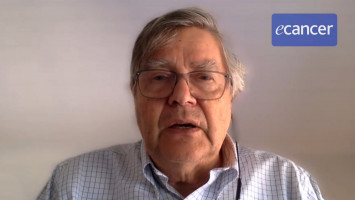 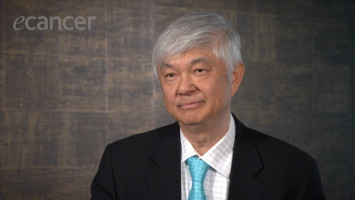