Prof John Carpten speaks to ecancer at the 2019 American Association for Cancer Research (AACR) meeting about the collaboration of research studying the hereditary link between African-Americans and people in Africa and its relationship to cancer incidence and outcomes.

Prof Carpten explains that there is a disparity in frequency in certain genetic markers that are increased in the African-American population and that those genetic variants can affect RNA splicing and therefore also affect how the genes function.

He also acknowledges the hope that this collaboration of research with institutions in Africa will help build infrastructure and support African cancer research.

There’s currently a lot of work going on in Africa, international collaborations and consortiums being developed to study a number of major cancer types, particularly those that affect underrepresented populations and underserved communities here in the US – African-Americans. So we’ve built some incredible collaborative research groups focussing on prostate cancer, breast cancer, colorectal cancer. They were working and collaborating with groups in Nigeria, Ghana as well as areas in East Africa such as Ethiopia. We’re really trying to understand how underlying genetics influences biology and changes that could be driving some of the differences that we see in incidence and outcomes among African-Americans and whether or not there’s a bit of a tug and pull, meaning are the same diseases that affect African-Americans also significantly affecting individuals in different areas of Africa, from where many African-Americans were derived.

What is the background to the genomic link between African-Americans and people in Africa?

Undoubtedly the transatlantic slave trade led to the migration, forced migration, of people primarily from West Africa into various regions of North and South America and the Caribbean. Therefore, naturally the genetic footprint that was derived there is now intermixed with other genetic backgrounds, again from North America, Europeans, Native Americans, South America, and we’re trying to understand how that African footprint actually could affect various types of biology, inflammation, immunity, different signalling pathways and how those could be influencing more aggressive tumour growth in African Americans. So we know a lot about the genetic differences that are associated with African ancestry; again, we’re really trying to understand how those are influencing biology and how that could be driving these really tough to treat cancers in African-Americans.

What kind of practical approaches are being taken to try and answer some of these questions, and have you found any links?

There are absolutely differences in frequencies of various genetic markers that are enriched in different populations, particularly African populations. We’re now learning that some of those genetic variants actually might affect RNA splicing, how genes are spliced together, which can cause differences in their overall function. So there was an amazing presentation given by Dr Steve Patierno, the Associate Director for the Duke Cancer Center, where he has identified genes that are differentially spliced in tumours derived from black men versus those derived from white men. He also is showing that they’re modifying the functions of really important cancer genes and he’s also working on novel therapies to specifically target those aberrant forms of those proteins. So we’re really excited about that type of work.

We’re also seeing differences in, for instance, the Duffy-null allele. Dr Melissa Davis actually presented some fantastic work detailing and describing her research on how she believes the Duffy-null actually is modifying the immunological response in triple negative breast cancers, particularly among black women, both in Africa as well as in America. So we’re really excited about these types of studies.

Historically there has been a feeling that most health disparities are simply caused by socioeconomics like lack of access to healthcare. But there’s mounting data, mounting evidence, that there is biology. All we want to do is to have the opportunity to either prove that there is or rule it out. If it’s not biology that’s fine too, that means that we can focus on the socioeconomic and access issues. But if there is biology it’s providing us new opportunities to learn more about the breadth of what causes cancer and what’s influencing aggressive behaviour of cancer growth and learn how to better diagnose and treat those forms of cancer.

How is this work helping researchers in Africa?

One of the things we hope to do through these collaborations is also to help build infrastructure in Africa. The last thing we want to do is to be vampire scientists where we go in and we take blood samples and we bring them back to the US, we write papers and we really don’t provide African scientists and clinicians the opportunity to lead. So we’re hoping to build infrastructure, train African scientists, fellows, in some of the latest and greatest state of the art technologies – genomics, molecular profiling, database management, biomedical infomatics – so that we can empower them. So through these collaborations they’re doing work, we’re doing work and everyone is getting appropriate credit and they’re growing and building their own infrastructure so that they can really drive research in Africa. So that’s a big thing that’s moving right now, a number of groups are involved in these collaborations and we’re sharing knowledge and we’re sharing resources such that everyone is actually involved in the science. 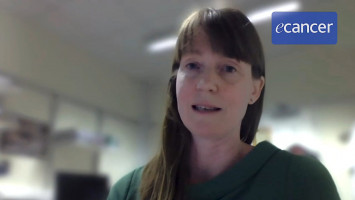 27 Mar 2020
Why an understanding of anthropology is so important for cancer control
Dr Carlo Caduff - King's College London, London, UK 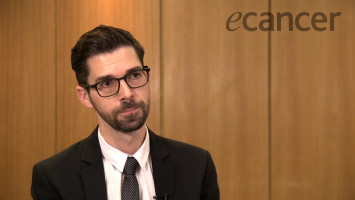 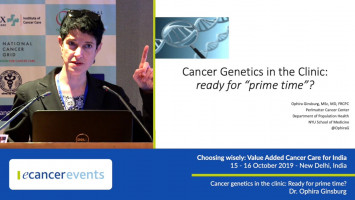