Prof Nizar Tannir speaks to ecancer at the 2019 ASCO Genitourinary Cancers Symposium about a thirty month follow up from the CheckMate 214 trial.

He begins by outlining the preliminary data for the trial, and then how the follow up data compared with this, and what the consequences of this are.

Prof Tannir explains the next steps for the study, and also outlines the safety profiles of the combinations.

As you will know, CheckMate 214 was a large phase III trial that recruited 1,096 patients with advanced clear cell renal cell carcinoma for first line therapy. Patients were randomised to receive nivolumab or ipilimumab or sunitinib. The primary analysis was focused on patients who had poor risk or intermediate risk by the IMDC criteria. The results, as you will know, were presented for the first time, the primary analysis, at ESMO 2017 and, again, at SITC in November 2017 and were published in The New England Journal of Medicine in March of 2018. Subsequently this regimen was approved by the FDA in April 2018 based on an important primary endpoint of the trial that was overall survival in patients who had either poor risk or intermediate risk by IMDC. Based on the overall survival benefit the FDA approved nivolumab and ipilimumab and subsequently, recently, it was also approved in Europe by the EMA.

So what I will be presenting on Saturday is the update of those results. The primary analysis that was the ESMO presentation and subsequent publication in The New England Journal of Medicine was a 17 month minimum follow-up and here we’re presenting the 30 month minimum follow-up. So this is an extended follow-up that basically confirmed the results that nivolumab ipilimumab produced a superior overall survival compared to sunitinib in patients with intermediate risk and poor risk RCC.

How did the follow up results compare to the preliminary results?

What’s next for the study?

The important findings of CheckMate 214 is that there is the opportunity for patients who have favourable risk, intermediate risk or poor risk to achieve a complete response that’s durable and there are patients on that study from CheckMate 214 who are now past three years and some are past four years who remain in remission. Some of them who had discontinued because of toxicity remain in complete response, have not required to receive further therapy other than the initial therapy they received with nivolumab ipilimumab.

Do you have any more information on the safety profile? 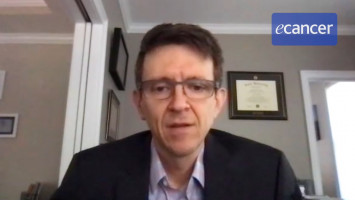 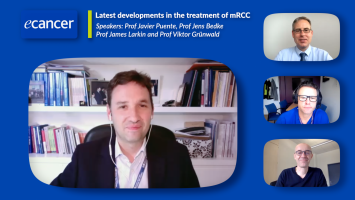