KRd versus VRd in patients with newly diagnosed multiple myeloma

He explains that the CoMMpass study, launched by the Multiple Myeloma Research Foundation (MMRF), can be used to identify patients treated with the KRd and VRd regiments.

Dr Landgren reveals that the event free survival is highly superior for patients treated with KRd.

The main results show that the event free survival is highly significantly superior for patients treated with KRd. The hazard ratio is 0.35, so it’s a 65% reduced risk of the adverse outcome in the KRd patients. The study had about 150 with KRd and about the same number, 150, with VRd because it’s the matched nested case control study.

Because this is not a clinical trial that is randomised, this is a cohort study using the CoMMpass study as the resource, so you identify the first group for cases, this is the KRd regimen, and then you look within the database to see how you can find matched controls which is the VRd patients. So, therefore, there is no capturing every cycle by a protocol, these are patients from the real world around the world. So what we had to do in order to get a better understanding of toxicities we decided to look at adverse events that resulted in discontinuation of the treatment. It’s important to say that in this real world resource from the CoMMpass study the adverse events that resulted in discontinuation of therapy was very, very low, it was around 2% and it was virtually the same for the two treatment arms.

So the conclusion of the study is looking at event free survival using the CoMMpass study as the resource, that the KRd regimen is highly more superior in terms of progression free outcome. This is matched event free survival, so that means that the risk both of progression, the risk of death and the risk of having to change therapy, that’s the information that goes into event free survival, it’s highly superior in KRd. It’s actually 65% reduced risk compared to the VRd regimen.
I think it’s important to say that this is not a clinical trial so if you stick to the standard approach for validation of what data is going forward we should probably wait and see what a randomised prospective study will show. There is actually an ongoing study here in the United States comparing the KRd regimen with the VRd regimen. This was funded by the National Cancer Institute, this is a federally funded study. 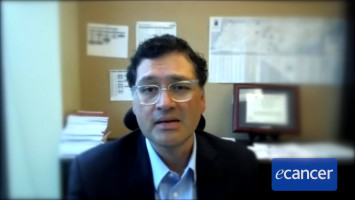 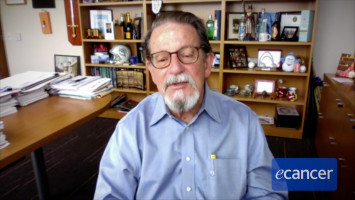 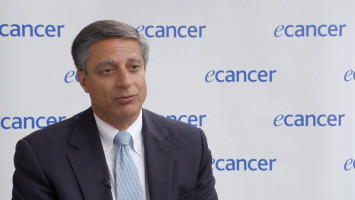