Dr Charlotte Pawlyn speaks to ecancer at ASH 2018 about the results of the Myeloma XI study.

The work being presented was focused on results from the comparison between a quadruplet regimen comprising of carfilzomib, cyclophosphamide, lenalidomide, and dexamethasone (KCRD) vs an immunomodulatory agent containing triplet (CTD/CRD) induction therapy for transplant eligible patients.

Dr Pawlyn explains that the results showed that the quadruplet led to deeper responses and prolonged progression free survival.

The Myeloma XI study has recruited over 4,000 patients. The study initially started to compare the two immunomodulatory drugs thalidomide or lenalidomide combined with cyclophosphamide and dexamethasone as induction therapy for newly diagnosed patients with myeloma. The study has a pathway for transplant eligible patients and a pathway for transplant ineligible patients. For patients who had a suboptimal response to their initial triplet regimen there was then an opportunity to have a further induction therapy with a bortezomib containing regimen, so cyclophosphamide, bortezomib and dexamethasone. Patients who had a progressive disease or stable disease to their first induction all proceeded to have the bortezomib based triplet. Patients who had a partial response or a minimal response were randomised between the bortezomib based triplet or no further therapy and patients who had a complete response or a very good partial response did not have any further induction following their initial triplet based therapy. For patients in the transplant eligible arm of the study they then went on to a stem cell transplant and all patients went on to have maintenance randomisation between lenalidomide and no maintenance.

During the course of the study it was amended and we included a second question to look at whether or not a quadruplet induction therapy containing carfilzomib, cyclophosphamide, lenalidomide and dexamethasone would be more efficacious than the triplet approach from the study up to now and this was for transplant eligible patients only.

What are the results?

What would this lead us to implicate?

What we have seen is that the quadruplet regimen, the KCRD combination, is very efficacious, it’s also an outpatient delivered regimen which was very well tolerated by patients and achieved very deep responses with improved progression free survival for patients. We found that the combination of the proteasome inhibitor and the immunomodulatory drug was very effective and more effective than the immunomodulatory triplet alone. 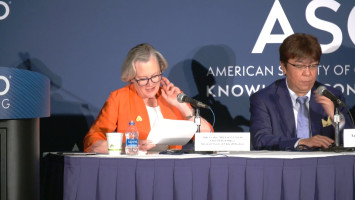 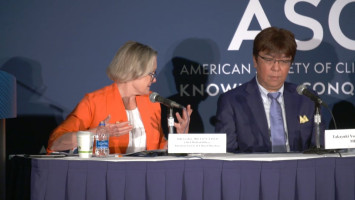