Dr Halpern speaks with ecancer at the 2017 ASH annual meeting about the final results from the phase 1/2 trial looking at G-CSF, cladribine, cytarabine, and dose-escalated mitoxantrone (GCLAM) in adults with relapsed/refractory acute myeloid leukaemia or high-grade myeloid neoplasms.

This study is looking at a new regimen called GCLAM in relapsed and refractory acute myeloid leukaemia. This disease is very difficult to treat when it relapses or is refractory to initial therapy. At this stage the only way we know how to cure it is to do an allogeneic stem cell transplant. But the best outcomes after transplant is if people go into transplant with a very good remission and we don’t have a lot of good options at this stage to get people into a good remission. That was the origin of the study.

How was it structured, what did you do?

The study was a phase I/II study where we dose escalated the mitoxantrone within the GCLAM regimen as there is some evidence that higher doses of anthracycline can have better outcomes in AML. So we took the standard GCLAM regimen and in phase I we escalated the mitoxantrone dose and we determined the maximum tolerated dose to be 16mg/m2. In the phase II we treated everyone with GCLAM at the maximum tolerated dose.

There were sixty patients, forty of whom were treated at the maximum tolerated dose.

We found a high overall remission rate composed of complete remission and complete remission with incomplete count recovery. The overall response rate was 60% and the majority of those responses, over 75%, were negative for minimal residual disease which is an important prognostic marker after transplant. So the quality of these remissions were very deep for the responders. A further 17 of the 24 responders were able to go on to allogeneic stem cell transplant.

What could be the impact of this research?

The impact is that this regimen should be considered as one of our frontline standard salvage regimens in AML and it should be compared in a head to head randomised trial to other salvage regimens. The difficulty in AML is that there is no one standard so as part of this analysis we did do multivariable comparison to other standard regimens used at our institution, including standard dose GCLAM with mitoxantrone at 10mg/m2, GCLAC and decitabine MEK [?], and we did find higher response rates in survival compared to standard mitoxantrone and decitabine MEK where with comparative responses compared to GCLAC but in the future a randomised trial is the next step. 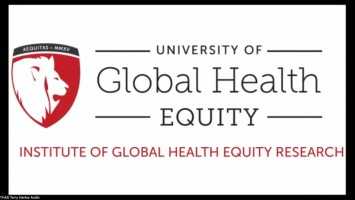