Prof Rowan Chlebowski speaks at a SABCS 2017 press session about how postmenopausal women who lose weight may have reduced breast cancer risk.

This program tracks the health of postmenopausal women between the ages of 50 and 79. Participants who had a normal mammogram, no prior breast cancer, and were not underweight (BMI ≥ 18.5) were eligible for enrollment in Chlebowski’s study.

Measurements for height and weight were obtained upon enrollment, and measurements were reassessed three years following.

Of the 61,335 patients enrolled in Chlebowski’s study, 3,061 developed invasive breast cancer during an average of 11.4 years of follow-up.

Thank you. I’m presenting this on behalf of the Women’s Health Initiative investigators. Here are my disclosures – none of these have to do with this presentation. The background, I think, is very interesting and important: obesity, for several decades, has been recognised as a strong risk factor for postmenopausal breast cancer. However, studies of weight loss and breast cancer provide inconsistent results and, as a result, the International Association for Research on Cancer, a well-recognised, authoritative body who published in The New England Journal of Medicine just a few months ago their summary and the current public health message is now limited to “avoid body fatness”. That really suggests that if you’re overweight or obese it’s too late to make a change to show benefit. Our study objective was to evaluate associations between weight change categories and breast cancer incidence in postmenopausal women participating in the Women’s Health Initiative observational study. Secondary analysis explored the association of weight loss and breast cancer incidence by weight loss intentionality. The participants were working in the in the Women’s Health Initiative observational study that incorporated 93,676 women, postmenopausal, aged 50 to 79 years of age, with anticipated three-year survival, recruited from forty US clinical centres from 1993 to 1998. The follow-up will be 11.4 years after our last body weight measurement through to September 30th 2015. We have information at baseline on a variety of endpoints.
We started with 93,000 women but actually we eliminated some women who had cancer at entry, some of the participants had missing data, so we’re left with a cohort of 61,335 women. This is an observational study so there was no intervention, we’re watching these women as they go on in their normal daily activities. Our measurements were measured height and weight at baseline and year three, and calculated body mass index, and we prospectively developed weight change categories which would be weight stable; less than or equal to 5%  body weight change; weight gain of a 5% increase; weight loss of a 5% decrease. We took the 5% decrease because this level has been shown to change some biochemical markers potentially associated with cancer, has also been shown, in a different study population, a randomised trial, to reduce the frequency of diabetes. Then, at year three we asked an additional question: ‘In the past two years did you gain or lose five or more pounds, yes or no, and was the weight change intentional or unintentional?’

I think the unique thing is we had a very tight window of weight change over a three-year period of time. Compared with women with stable weight, women who had a greater than 5% weight gain were more likely to be younger, black, and heavy smokers; women who had greater than 5% weight loss were more likely to have high BMI but were less likely to be physically active – it’s almost a paradoxical population. Interestingly, the body mass index of this group was 29.9, so on the verge of going into obesity, and so we wondered in retrospect whether that was a motivating factor for them.
Here’s the distribution, you can see the stable weight group was 41,139, that was the largest group. Weight gain was a substantial 12,021, and you can see the weight loss by intentionality was either 19.6 pounds or 16.9 pounds. That’s substantial weight loss – we’re not going to show the data but we did have self-reported weight at year six and it looks like about two pounds of the weight was re-gained in both categories. Here’s our main analysis: weight change and breast cancers, there were 3,061 breast cancers among the 61,335 women in multivariable adjusted analyses. Compared to the women with stable weight, women who had 5% weight loss, that’s 8,175, had a significantly lower breast cancer incidence with a hazard ratio of 0.88, 95% confidence intervals 0.78 to 0.98, p-value 0.02. Adjustment for mammography frequency did not alter findings, they remained statistically significant. Women who gained weight did not have an increase in overall breast cancer, but there was an increase in triple negative breast cancer, which we really don’t have a good explanation for. 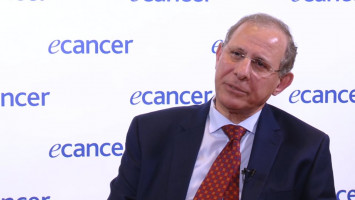