Long term follow up on the ZUMA-1 trial for nHL

Dr Neelapu speaks with ecancer at the 2017 ASH annual meeting about the long term follow up of the ZUMA-1 trial, looking at axicabtagene ciloleucel in patients with refractory aggressive non-Hodgkin lymphoma. He highlights that axicabtagene ciloleucel demonstrated significant clinical benefit with manageable adverse events in patients with no curative treatment options.

Read the news story or watch the press conference for more info.

The ZUMA-1 study is the first multicentre trial of CD19 CAR T-cell therapy with axicabtagene ciloleucel in patients with refractory aggressive B-cell non-Hodgkin’s lymphoma. This study was started off as a phase I study where we treated seven patients. Then, after establishing the safety and feasibility, we went on to do the pivotal phase II portion of the trial where we treated a total of 101 patients. We enrolled patients with three different subtypes of lymphoma that included patients with diffuse large B-cell lymphoma, primary mediastinal B-cell lymphoma and transform follicular lymphoma. These patients, to be eligible for the trial, had to have refractory disease to the most recent line of chemotherapy or they should have relapsed within twelve months after autologous stem cell transplantation. The primary endpoint for the pivotal portion of the study is the overall response rate.

What we are presenting at this meeting is the combined analysis of the phase I and phase II for a total of 108 patients and we have a median follow-up of 15.4 months now. What we observe at this time is that 42% of these patients still remain in remission at 15.4 months and 40% of them remain in complete remission. The median duration of response for the complete remission patients has not been reached and we have also not reached the median survival. In fact, at the one year time point 56% of these patients are still alive and at eighteen months we predict that 52% of them are still going to be alive.

What are the conclusions, the take home message, from this research?

This study now with a longer follow-up establishes that axi-cel is a highly effective form of therapy. In fact, we found that 82% of these patients respond with a single infusion of this treatment and 58% go into complete remission. At 15.4 months 42% of the patients are still in remission and the median survival has not been reached. So this data is consistent with what we’ve observed previously in single institution phase I and phase II trials where about 40-45% of the patients appear to achieve long-term durability lasting many years. It’s likely that these patients may be cured, at least a significant proportion of these patients may be cured, but longer follow-up is needed. This study also now confirms the long-term safety of this product.

We have also found that we’ve done some preliminary analysis to understand the mechanisms of resistance with this product. We’ve analysed tumour biopsy samples at the time of progression and we found that in about a third of these patients the actual target protein, the CD19 protein, is lost. We suggest that in order to further improve the efficacy of this product one way to do that is to target multiple molecules on the surface of the tumour besides CD19. We have also found that in these biopsies that were obtained at progression another molecule called PD-L1 appears to be upregulated on these tumour cells. PD-L1 is an inhibitory ligand which can suppress the function of CAR T-cells. So another way to improve the efficacy of this product is to do combination studies where we combine the CAR T-cell therapy with the PD-1 or PD-L1 antibody and those studies are ongoing at this point.

When will they be reporting any data?

At this meeting we are reporting the data from the first six patients who have been treated with the combination of CD19 CAR T-cell therapy with PD-L1 antibody and that’s being presented tomorrow. 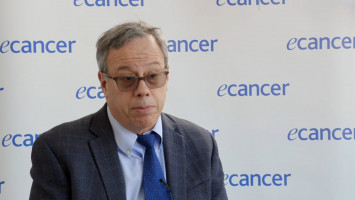 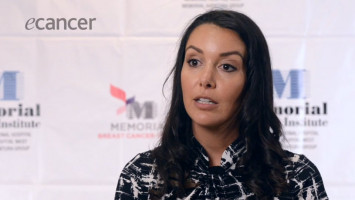 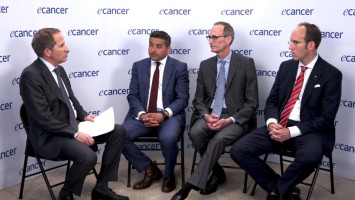 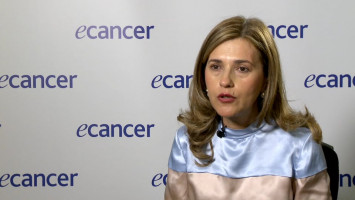 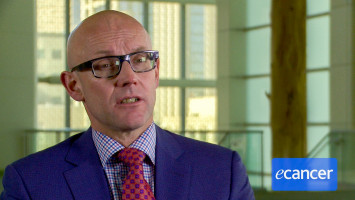