Utility and application of cancer screening in geriatrics

Dr Shabbir Alibhai talks to ecancer at SIOG 2017 in Warsaw about the benefits of screening older adults with cancer.

Dr Alibhai considers the limits of cancer screening, as some patients are being over-screened, and some under-screened.

He describes the importance of understanding the patients' goals and needs, as some may prioritise quality of life, and some extended life.

There are concerns about how we should effectively screen older adults with cancer because, on the one hand, many of the guidelines will recommend screening until a certain age, age 70 or 75, and don’t go beyond that. But we know that that’s a bit arbitrary based on who was involved in the trials. So the fear on the one hand if people extrapolate from those guidelines and say, ‘Well, you’re now 76, we’ll just stop screening,’ but if the older adult is healthy and could still benefit from screening then they’re likely to be under-screened and may end up with more advanced cancers. On the other hand, we also know there’s evidence in studies that have been done that there are older adults with limited life expectancy, with multiple comorbidities, who continue to get cancer screening when the benefits are likely to be very low and the burdens of treatment if a cancer is found are likely to be significant. So we are over-screening some and we may be under-screening others and so my talk is trying to address both ends of that spectrum.

Should quality of life be at the centre of it all?

It should, that’s one of the major goals for people. But at the same time if we ask older adults what their priorities are for some it is still preservation of life and quality of life and function are much less valued whereas for many, in fact the majority, functional status and quality of life are key drivers and a small increase in length of life, if it comes at a cost of significant side effects or suffering, they’re not willing to make that trade-off. So it’s really important to understand the patient’s goals and preferences whenever making any screening decision.

Does screening bring up issues such as anxieties about cancer and results?

Absolutely. There are concerns around labelling so that, for example, if you end up biopsying someone and it ends up being a false positive and you label someone with cancer and then subsequent work-up shows they don’t have it there’s all the anxiety of that. There are concerns around waiting times between the first test and the second test and then sometimes treatment because sometimes these things take multiple steps before you get the final result. And there are concerns about unnecessary treatment and the risks associated with that. So all of these are potential harms that we need to recognise in older adults.

One other important thing is that as adults get older the same screening test may be more effective or less effective or equally effective but many times the screening tests are associated with increased risk. Not the first step in screening but perhaps the second step. For example, if you do a faecal occult blood testing in older adults to look for colon cancer and if it’s positive the next step would be colonoscopy. We know that colonoscopy per decade of age is associated with an increased risk of perforations.

The one other thing to point out is that there are some differences between the different cancers that we’re screening for. So two points around that: we need to have a rough rule of thumb to know how long people should be living in order to get benefit from cancer screening. For most cancers we’re talking typically about ten years or longer. Breast cancer you may be able to get more benefits than harms if you’re going to be around for 5-7 years but for the other cancers it’s typically at least ten years and, of course, if you’re a smoker versus non-smoker it makes all the difference for lung cancer screening.

What would your take-home message be?

There are three key factors that need to be considered. One is how long is this person likely to have remaining, given their current health and function and wellbeing. The second is how long would they need to live in order for the cancer screening test to provide benefit and the third is what are their priorities in terms of quality of life and function versus prolonging life at almost any cost. Those three factors need to be considered together to come up with a rational screening or stopping screening decision. 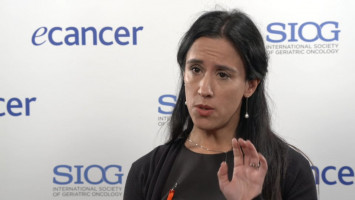