Benefits and drawbacks of dexrazoxane

Dr Jones talks to ecancer at SIOG 2017 in Warsaw about cardiotoxicities involved with anthrocyclines.

Dr Jones focusses on dexrazoxane as it is the only clinically proven cardio-protective agent against these toxicities.

He discusses the concerns surrounding this drug, and whether he'd advise it's use alongside chemotherapy.

The anthracycline class of chemotherapy drugs still form the mainstay of management for many tumour types but, of course, the risk of cardiotoxicity is an important consideration when using anthracyclines. Having an agent like dexrazoxane that can serve as a cardioprotectant is very useful.

What about anthracyclines exhibiting cardiotoxicity, how does dexrazoxane fare?

What are the concerns around using anthracyclines and dexrazoxane? What has recent literature shown?

The second perceived concern is the risk of secondary cancers following the use of dexrazoxane. A study was published a few years ago in the Journal of Clinical Oncology by Tebbi and colleagues suggesting that there may be a link between dexrazoxane use and secondary cancers. However, further analysis has suggested that this is not the case.

Would you advise using dexrazoxane?

Do you have anything else to say about dexrazoxane?

It’s a drug that has been around for a long time. It’s a useful drug in terms of managing patients who are at risk of anthracycline associated cardiotoxicity. It is important that the communication is improved in terms of the perceived complications from the drug i.e. the perception that it interferes with chemotherapy efficacy and the perception that it is associated with an increased risk of secondary malignancies. Both of those have been shown to not be the case. 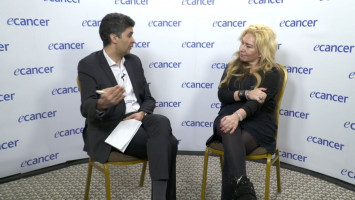