Dr Lee speaks with ecancer at WIN 2017 about changing attitudes and designs of trial design to a Bayesian framework, which integrates serial data collection into the assessment of patient response.

He notes 20% of trials conducted at M.D. Anderson incorporate some elements of Bayesian design, including the I-SPY 2 trial, discussed at AACR 2016.

The statistics software discussed by Dr Lee is available here.

We are in a fast-changing environment for clinical trials because there are so many new compounds that have been identified and many new approaches, including immunotherapy, and also many advances in biology. So how do we design clinical trials more effectively and how do we use them to identify effective compounds quickly and treat patients better? We need a different kind of thinking, like an adaptive design.

How does this differ from existing trial design in medicine?

Traditionally clinical trial design is done based on the so-called frequentist approach. Under the frequentist approach the main goal is to control type 1 and type 2 errors. So very little adaptations are permitted and typically you run a trial, randomise patients for five or ten years and then after that then you unblind the trial and you find out the result. It’s a long process, it’s not very efficient. So another way to do it is under the patient framework and these are the two different inference platforms under statistics – one is frequentist, one is Bayesian. These two approaches are actually complementary to each other, it’s just the different way you look at it as I mentioned in my talk. That Bayesian approach takes the ‘we learn as we go’ kind of approach - by the nature of the framework it allows you to have very [?? 2:00] updates because under the Bayesian approach you have your prior information plus the data becomes your posterior, you posterior becomes your new prior plus new data becomes your new posterior. So it’s continuing to learn and that’s much more suitable for the clinical trial setting.

Is this where you integrate liquid biopsy and serial markers?

Yes, it’s much easier to include other information. As an example, as I mentioned in my talk, the Bayesian approach can incorporate all available information, either before the study or during the study, you can even project into the future using the predictive probability approach. Also you can incorporate information inside and also be on the trial.

Do you have any successes to report yet?

At MD Anderson we have used this approach in many different trials. On average about 20% of the trials conducted at MD Anderson have some kind of Bayesian component. Two of the most prominent trials, one is the BATTLE trial in lung cancer which was completed a few years back and we have four treatments and we have eleven biomarkers. So we tried to match the patient biomarker profile and assign better treatment using adaptive randomisation, so that result has been published already. The other prominent trial that’s using the Bayesian adaptive design is the I-SPY 2 trial in breast cancer in which Professor Don Berry was the statistician that designed the trial and the trial has been ongoing for a while. Actually last year in the summer there were two New England Journal publications identifying the promising drug and the marker pairs that can be sent to the phase III trial for further evaluation.

Should this replace other trials going forwards?

Yes. Again I mentioned that in my talk, that traditionally clinical trial design was based on the frequentist approach and actually starting from the 1940s. So it’s about 60-70 years of history and people are used to it and it has really established the standard of clinical trials, the rigour to control type 1 and type 2 error rates. So that’s good but it’s hard to change the standard thinking and practice. So I urge people to learn more about the Bayesian framework and then see the merit of that. Also thinking about implementing more adaptive designs, especially for the early phase of trials.

After my session many people came to me and asked about the software that we developed. That’s one of the highlights in my talk, that at MD Anderson we have developed two kinds of software. One is downloadable software, you can download the software and run it on your PC and then the other type of software is online software, you don’t need any particular software, different packages, but you can just run it with a browser. Those software are designed for education in terms of learning the new methods and also for studying the new design and for conducting the trial, for implementation. So I welcome people to go to our MD Anderson software online site and download site and select the programme of your interest and start to learn and to use that. 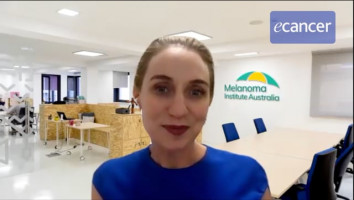 13 Apr 2021
Diagnosis, testing and biomarkers in the individualisation of patient care with ...
Prof Andrea Necchi and Prof Eva Compérat 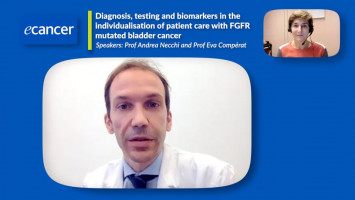