Professor Downing talks with ecancer at IAPCON 2017 about the need for better access to palliative care for children as globally only 5% of children have access.

There is a lot of work currently ongoing worldwide advocating for better children’s palliation services and access to appropriate paediatric pain medication.

Additionally, education programmes are being developed to train healthcare workers in paediatric palliation as many practitioners feel that they do not have the necessary knowledge; many are also concerned about the use of opioids in children.

Professor Downing discusses the fact that leading by example and demonstrating good care can be a powerful educational tool within an institution.

Unfortunately there is currently a lack of research into children’s palliative care although organisations such as the Palliative Care Research Society are trying to address this.

Professor Downing concludes by talking about the psychosocial effects of illnesses such as HIV/AIDs on the family of a child with the disease.

So that’s one of the big efforts that’s currently ongoing as well as developing education programmes and again that links back to the World Health Assembly resolution, so trying to ensure that practitioners are trained in children’s palliative care. One of the biggest barriers around access to children’s palliative care is the lack of education and if you ask healthcare professionals they say that they don’t feel skilled.

So trying to develop education and also trying to develop research and look at some of the international issues around research; so the global need for children’s palliative care was one of the studies. We’re currently undertaking a study looking at children’s understanding of illness, death and dying and trying to do a similar study in different countries to try and get some comparison and to look at some of the issues that are similar and some that are different. So there’s a lot going on in terms of children’s palliative care at the moment.

What advice would you give to practitioners in regards to child palliative care?

Some general tips for the practitioner is around looking at what is the need, so perhaps doing just a basic needs assessment in their hospital or in the community just so that they can demonstrate the need for children’s palliative care. Talking with other practitioners that they’re working with around some of the issues around symptom control, pain management, use of opioids. Many people fear the use of opioids in children, so trying to reassure people and demonstrate good care. One of the powerful ways that we’ve seen people advocate for palliative care is through providing good care so other doctors can suddenly see that the child’s symptoms are controlled, their pain is controlled, the family, the siblings, are involved in the care. So just by demonstrating good care you can have an impact on those that you are working with. Those are just a couple of top tips.

Could you tell us about some of the current research organisations?

There are organisations in the UK and around the world who are really looking at research. So the Palliative Care Research Society is about in the UK trying to bring researchers together, trying to develop high quality research – not doing the research but putting researchers together, networking, giving them a forum to talk about their research, running workshops in different parts of the country on different aspects of research, so really trying to help embed research into day to day practice. Organisations such as Hospice UK, they’re also looking at research-friendly hospices and trying to help hospices to develop their research capacity from the wide range of just being able to understand research and implementing research that is already in place to being involved in, perhaps, data collection for large studies and then also doing their own individual studies. So there’s an emphasis in trying to develop the evidence base and trying to make that high quality research as well.

Could you discuss what would happen, in terms of care, in a case where a child has HIV/AIDS?

One of the key things, particularly in HIV, is the impact of that illness on the child and the wider family. In the situation you’ve just described it sounds as if the parents might have already died of HIV. I don’t know about the other siblings but maybe some of the other siblings are HIV positive, they might be HIV negative, and that has a lot of implications for the way the siblings relate, the family relate, together. For a sibling who might be HIV positive seeing their older brother die from HIV can be really difficult, particularly if they’ve already experienced their parents dying from HIV. The psychological impact, the spiritual impact of that on the siblings, and even those siblings who aren’t HIV positive, seeing their brother or sister go through that is really difficult. Plus there’s the impact of the actual illness and maybe hospital appointments; maybe the fact that that sick child now is the focus of attention and sometimes siblings, not on purpose, but might feel a bit neglected, might feel that what they think, how they are feeling isn’t important. So somehow it’s about looking at the family as a whole and spending time with those siblings, spending time with them hopefully whilst the child is alive so that once the child dies there’s already a relationship in which to provide some bereavement support. But also thinking about the grandparents as well, having seen their children die and then their grandchildren. So the whole impact of that and the illness and other generational illnesses on the family is huge and that’s a really important area that we need to look at. 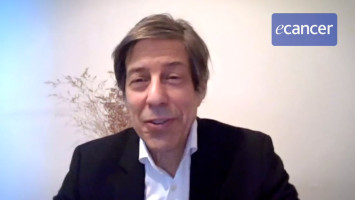 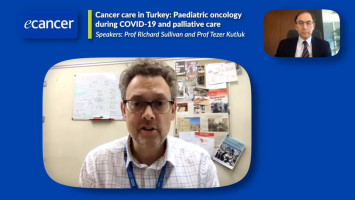 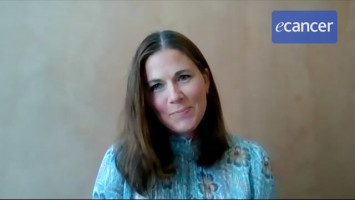 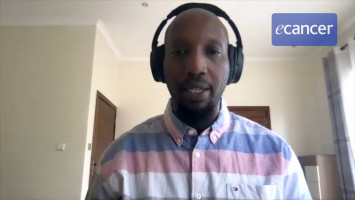