What is the biology behind immunotherapy for MM?

Dr Lesokhin speaks with ecancer at the 16th International Myeloma Workshop about the biology behind immunotherapy in MM and its implications for the future.

Immunotherapy for myeloma is also discussed by Dr Zonder, here.

The purpose of my talk was to discuss the biology of some of the immunotherapies as they apply to myeloma. So the focus was actually on therapies that manipulate how T-cells are activated and how they are directed. I spoke about immune checkpoints and agonists; I touched on vaccines and I also briefly touched on CAR T-cell therapy as well.

Could you tell us more?

I’ll start with the immune checkpoints and agonists. So these are a family of molecules that regulate how T-cells function once they see an antigen. The prototype molecules in this family are CTLA4 which is an intrinsic mechanism by which T-cell activation is turned off. The other type of molecule that is probably much better known is PD-1. Both of these molecules get upregulated on T-cells once their activation programme is initiated and they are mechanisms of intrinsic T-cell self-regulation that occurs. Blocking these pathways is beneficial for cancer immunotherapy; there has been, particularly with PD-1 pathway blockade, both blocking the PD-1 receptor as well as its ligand, PD-L1, that type of therapy has shown activity in over twenty tumour types. It’s quite active in the hematologic malignancy space, in Hodgkin’s lymphoma, it has some activity in B-cell and T-cell lymphoma and seems to be quite active when combined with traditional myeloma therapies, particularly the immunomodulatory drugs lenalidomide and pomalidomide. In some of the early phase studies lenalidomide and dexamethasone in combination with an anti-PD-1 drug called pembrolizumab was remarkably effective, particularly in individuals that were resistant to lenalidomide. Similarly a study of pomalidomide and dexamethasone with pembrolizumab was more active than one would expect for pomalidomide dexamethasone alone compared to historical controls studied in a pomalidomide dexamethasone study previously.

I think there’s quite a bit of excitement around redirecting endogenous T-cells towards a specific antigen. There are a number of ways to do that, one is through engineering something called a chimeric antigen receptor. This has several parts that confer the specificity of a T-cell receptor as well as some of the signalling of a T-cell receptor in one molecule. The specificity portion is actually not based on the T-cell receptor, it’s based on an antibody, the variable region of an antibody. Essentially these can be generated to be specific for any molecule in the laboratory and then this variable region is attached to the signalling moieties downstream of a T-cell receptor, including the CD3 portion and a classical agonist CD28 or alternative agonists like 4-1BB. So there have been some initial studies looking at a CAR T-cell construct specifically in myeloma targeted against BCMA, or B-cell maturation antigen. These molecules can be either a CAR construct, can be transferred into patients’ individual T-cells through gene transfer technologies, so T-cells are harvested, expanded outside the patient’s body, the constructs are transferred into the T-cells and the T-cells are then reinfused into the patient either after some sort of variable lympho-depleting chemotherapy or without it. There have been some initial very interesting and promising clinical signals from studies from the National Cancer Institute, U-Penn as well as pharmaceutical sponsored studies, particularly with Bluebird. And there are other studies that are also soon to begin targeting this antigen and other antigens.

So in terms of T-cell redirecting therapy that is probably the most advanced although these are all small studies at this point. There are other ways to redirect T-cells; one can engineer antibodies or antibody-like molecules to combine specific antigen targeting, for example BCMA targeting, and also another part of an antibody that can stimulate a T-cell so this can redirect a T-cell, bring it in close proximity to a BCMA expressing cell and trigger its activation and these kind of molecules are called BiTEs. There is some promising clinical activity for BiTE technologies in other diseases – CT19 targeted BiTEs are the furthest along in ALL so now BCMA targeted BiTEs are being investigated in myeloma.

Which immunotherapy is showing the most promise?

It’s, of course, early days for these things. It’s quite exciting and it’s very interesting to investigate the relative impact of these various therapies. For sure T-cell modulation by itself with immune checkpoints such as anti-PD-1 or nivolumab or pembrolizumab, these molecules, that by itself doesn’t seem to have too much activity in myeloma. So what that shows us is that combination therapies and sequencing of therapies will be very important and there’s a variety of clinical studies that are accruing that will hopefully help us understand which of these should be used first, which of these should be used second. I think all of them will have potential and promise so we’ll see.

Keep an eye out for these types of clinical studies. We only really learn how these therapies work by enrolling patients on clinical studies. Try to look for a centre near you that has one of these things open and consider it for your patients. Initial phase III data will hopefully be available relatively soon for the combinations of PD-1 pathway blockade with pembrolizumab in combination with immunomodulatory drugs and perhaps that may be the earliest directly applicable signal but enrolling patients on clinical studies will really inform that. 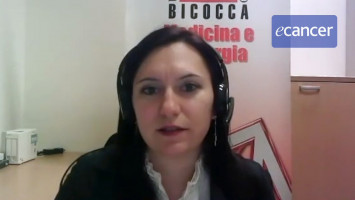 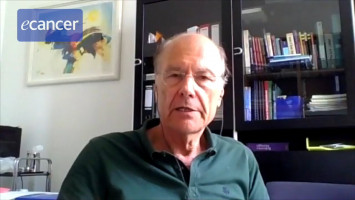 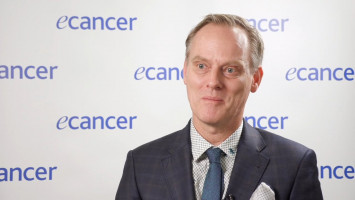