Dr Chanock speaks with ecancertv at IARC 2016 about increased risk of cancer passed down through heritable genetic mutations.

Accurate scoring and stratification may not only reflect patient susceptibility to disease, but also predict which treatments would be best tolerated and overall wellbeing.


We’re all born with a germline DNA and that is the DNA that you get from your parents, from your mother and father, and there are many, many different variations, base by base, throughout that. Each person has unique features that may or may not put them in a position of being at increased or decreased risk for cancer, particularly in the context of what they are exposed to. So if we think of the germline we almost think of it like a carburettor in a car, it can be revved up so it could very fast and be dangerous or it could be down low so that you don’t go terribly fast and don’t get into trouble with developing cancer.

How can cancer doctors modulate that?

The question of modulation is a real challenge. I guess the first question that comes up is the characterisation, and that’s where the field is right now. Trying to discover and look at all of those variations across the genome and look at how those patterns and populations and families teach us about who is at higher or lower risk for cancer.

Are there patterns that are currently emerging that could be of use?

Very much so. So we look at what we call the genetic architecture. So, for instance if we take breast cancer, we know that a fraction of breast cancer is related to these genes like BRCA1 and BRCA2 that are inherited in families in special populations and have very strong effects. But that only represents less than 10% of the breast cancer. So if you look at breast cancer in most women it appears to be a combination of many small changes that add up in unfortunately the wrong way and contribute to the risk to breast cancer. So you have this kind of architecture – some people have a lot of those common variants and some people don’t.

We hear about environmental causes of cancer, but how big of a contributor is genetics?

I would go so far as to say that you can’t compare them head on because your genome and the variation in your genome is what is in place to respond to those. So indeed there’s an interaction between what you see during the course of your life and your cancer risk but your genome sets the level, whether you’re at high risk or low risk or moderate risk.

Are we in a position to exploit some of these genetic changes?

We can, as we’re seeing emerge from doing many of these large studies, we can identify sets of these variants that if you look at them in aggregate you could develop what’s called the polygenic risk score and identify whether someone is a high, medium or low risk that could have implications to identify this well before cancer would develop and determine whether there are modifiable risk factors that could help to decrease the risk particularly in those people who are at high risk.

Is that different to the tests that are used to analyse the performance of drugs?

There is overlap. You raise a very interesting question. We use the same approach in the context of trying to understand how the metabolism and the side effects of drugs may actually be modulated by your genetic make-up. So in that regard many of the same techniques are looked at but interestingly very few of those same places in the genome are affecting the risk for cancer and the outcomes of cancer. Ergo the term complexity, there are some elements that are important for why you get cancer and then others for once you have it, do you respond to the drugs, do you have risk for second cancer, do you have long term consequences?

What happens to the genetic architecture when cancer develops?

That stays there. Your germline does not change other than to have a slow steady deterioration when you get above age 50 or so, but those are small little changes. But when you develop your cancer what’s really important about your germline is that’s going to be what’s going to be regulating how you metabolise the drugs, respond to radiation, have toxicities or have side effects that may be very important and could have an impact on whether or not you could receive the full expected dose or have to stop what you’re doing.

How could cancer doctors make use of this?

Cancer doctors can use this in two ways: one, to identify populations or individuals who are at high risk who you may want to screen or look at with much more regularity, starting at an earlier point to identify a cancer sooner. Because from just about all cancers we know, if you get it at an early stage you have a greater likelihood of successfully treating it. They also could use the genetic variation to look at specific genes that may be important in how they regulate drugs. So there are drugs used in paediatric cancer and there’s a gene called TPMT and variation in that may be very important for metabolising critical drugs in leukaemia that children may need to get higher or lower doses to avoid toxicity or to get enough efficacy.

Do you think we are in a position to tailor treatment to the different types of cancer?

I think we’re really on the verge of that. We have the whole other world of developing drugs where we know what the mutational profiles are that the drugs would come and touch that Achilles heel but the toxicity and the long-term effects of the cancers really reside with the germline. That sort of combined approach is where we’re going to see the field of cancer going over the next five years.

Looking at the germline, when can all of this become clinically relevant?

It’s a terrific question. I think the clinical relevance is in very select examples. As we continue to discover the catalogue of what we would consider to be the variants that are important for risk, for different kinds of cancers and non-cancerous outcomes, we can begin to really aggregate them to come up with these more complex polygenic risk models that would allow us to stratify the population for determining who would get early intervention or early detection. At the same time we also know that the ability to metabolise drugs can be influenced by your germline DNA and in that regard the use of that for a doctor who has made a diagnosis and is contemplating which drug to give, which one may have a high toxicity profile in a particular individual. So these things are important in leading up to it and then the question of the actual targeted therapy is a very exciting field that that really has to do with what goes wrong in the tumour itself. 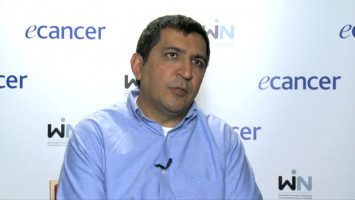 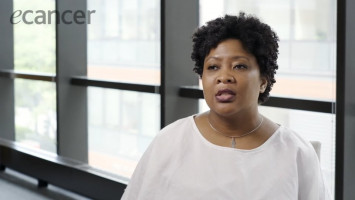