With trials of combination therapies and single agents now entering phase II, she also reports on the toxic side effects and risks of adjacent cytotoxic therapies.


My talk was about the development of the Wee1 kinase inhibitor. As the cell progresses through the cell cycle there are multiple checkpoints built in to prevent cells with damaged DNA to proceed to mitosis and repair the DNA. Wee1 kinase results in inhibitory phosphorylation of CDK1 and 2 which prevents the cell from proceeding to mitosis by regulating the G2M checkpoint.

How does this checkpoint differ from PD-L1 and how does it fit in to the rest of the checkpoint scheme in cell proliferation?

These checkpoints are mainly for the cell cycle progression and are involved in repair of the DNA damage. However, in the last couple of years there’s more information coming out where the CDK cascade is involved in immunity and in T-cell allergy, clonal expansion, proliferation, development of T-cell memory cells. Hence since Wee1 kinase inhibitor affects the phosphorylation status of CDK1 and 2 there has been increasing information coming out that modulation of the CDK pathway will modulate the immune response. So the Wee1 kinase inhibitor, specifically AZD1775, is being evaluated in combination with an anti-PD-L1 antibody and the immune modulation is being studied of this pathway.

Has this reached a clinical testing phase?

The Wee1 kinase inhibitor is currently in phase II testing, both in combination with chemotherapy as well as a single agent. They are specifically trying to evaluate Wee1 in the setting of p53 mutation positive tumours since p53 modulates the G1S checkpoint. So if you dysregulate the first checkpoint and the Wee1 kinase inhibitor dysregulates the G2M checkpoint you may result in increased DNA damage, increased cells going into mitosis with damaged DNA.

Have there been any adverse effects?

Where do you see the trials heading next?

When we conducted the single agent trial of the Wee1 kinase inhibitor we saw activity in BRCA positive tumours. Two patients out of eight had confirmed partial responses, one patient had head and neck cancer, the other with ovarian cancer in the germline BRCA background. So we would like to investigate this agent further in the setting of BRCA germline mutations as well as patients that have mutations in the other HR repair pathway.

What are your thoughts on checkpoint inhibitors as a path for research and development?

The checkpoint, and specifically the Wee1 kinase, inhibitor is a very promising agent that needs to be developed and looked at, both in the context of DNA damage response as well as the immune checkpoint modulation. There are multiple inhibitors of the DNA repair pathway and how to optimally combine it with the Wee1 kinase is the challenge going forward but I think it’s a promising strategy in treating cancer. 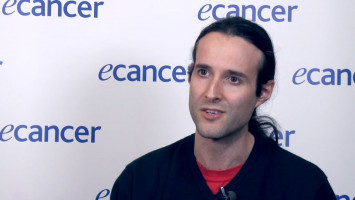