Dr Herrera talks to ecancertv at the World Cancer Leaders Summit in Istanbul, Turkey, about his work with the Union for International Cancer Control's 'young leaders initiative'.


A big theme here is cancer control, here at the meeting in Istanbul. You’ve been talking about young leaders, what is happening in the UICC, why are young leaders so important?

The UICC has this view, a long-term view, in terms of how to work in cancer control. So they created a while ago this programme of young leaders that in the end there is a selection process so you have to apply. They select the most relevant CVs in the end, working in cancer control, of young people.

How do you find young leaders, though, wherever you are in the world?

In any country in the world, in any region, so it’s an open call. So you apply with your CV with a recommendation letter and they invite you to selected people.

So young cancer specialists can apply and experts in cancer organisation can apply to the UICC?

It’s very broad, so from advocacy, it’s not only for doctors, not only for experts, its working in different areas, research, advocacy, policy making etc. So it’s quite broad.

How far has this got so far?

Setting up these young leaders and getting them to start work.

Now it’s eight young leaders that we have here from different regions, so Africa, Latin America, North America, Europe, so it’s bringing together these people and connecting us to the work that the UICC, the Union for International Cancer Control, does globally.

One of the themes we’re hearing here is about collaboration. So how are your young leaders going to plug in to this then and what are the examples of how you can make an impact?

That’s a good question. For example we have people from Africa who are working very strongly in advocacy so connecting people with the interventions that we know can early detect, for example, cancer and working with the community, with the underserved population as well, in Nigeria and in other countries. Also another example is people who are working at the international organisations level also in cancer control and other people, such as me, for example, working at the government for cancer control as well.

Those are noble thoughts but how do you do this? Supposing you’re a doctor somewhere, a cancer doctor or another kind of doctor, how do you implement these control policies?

Well, in my case for example, we are working in developing the national cancer control plan in Chile. So we are planning what we are going to do for the next five years at least, with all the specific actions and also the indicators and goals that we want to achieve. So in the end this is creating the strategy that will help us to be implemented with different resources with different actors, patients included, to address cancer.

So the important thing is to have a plan?

The important thing, absolutely, is to have a plan, yes, and construct that plan in a participative way, including all the actors and including all the prospectives which in the end gives legitimacy to the plan and it’s much easier to implement it afterwards.

Could you tell me just a very, very little about what you’re doing in South America?

In South America, more than just in Chile, we have an international organisation that is called UNASUR, that’s the acronym in Spanish, it would be the Union of Nations of South America. So within UNASUR we have RINC which is the network of cancer institutions in South America. There Ministries of Health and also national cancer institutes gather together to work in cancer in the region. So there are many initiatives, for example cancer registries which provide the data for cancer action in the end. So all the information about incidence, about also mortality, to know what is happening with the cancer in the countries, there is a whole initiative there working also with UICC, with WHO in that area. Also in terms of cervical cancer, in terms of breast cancer, in terms of medicines for cancer as well and also now we are working very strongly in developing a plan for the whole region. So it’s something that is more general with the strategies that we know countries must be looking at. But also for collaboration, what inter-country initiatives should be working in the region. So that plan is supposed to be a good initiative that has been worked in the region through this platform of RINC, the network, and UNASUR.

It all sounds pretty dynamic to me. How would you summarise in just a few words the take home message coming out of all of this? 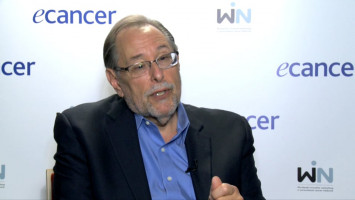 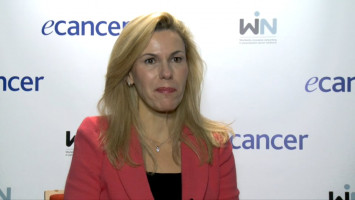