At SABCS 2014, Dr Arteaga gives ecancertv his own perspective on Dr William Sikov's findings on genetic subtypes and their effects on breast cancer treatments.

Watch the interview or press conference or read the news story for more.

I think that if I remember his data carboplatin was beneficial in terms of pathological complete response in tumours that were basal-like and non-basal-like also, all of them being triple negative breast cancer, right? The effect of bevacizumab, again I don’t know what to make of that. Bevacizumab improved pathological complete response in basal but reduced pathological complete responses in a very small group of non-basal which altogether was about 13% of the total. I don’t know what to make of that, bevacizumab is not being used so I don’t know whether that… That doesn’t do anything to me in terms of use of bevacizumab but it’s one more body of data suggesting that some patients with triple negative breast cancer, in some patients we may consider the addition of carboplatin.

Well, what his data suggests is no, it’s just based on clinical information. Triple negative.

So if you’re using carboplatin that’s not important? 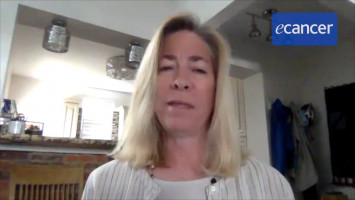 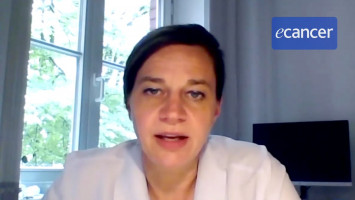