Dr Hinrichs talks to ecancertv at ASCO 2014 about his work using immunotherapy to tackle cervical cancer. HPV-targeted tumour-infiltrating lymphocytes for the treatment of cervical cancer is a new field.

Read the article, watch the press conference or view an expert comment on the study.

This was a proof of principle study to see if a completely new type of approach, a cell therapy approach, could work in cervical cancer. We’ve seen complete, long-lasting tumour responses in metastatic melanoma using cell therapy but the study of epithelial cancers has been much more limited.

Now this was so-called adoptive T-cell therapy. What’s the theory of how it would work in the case of cervical cancer?

The idea is to generate large numbers of T-cells targeting a tumour, a tumour antigen, and then re-infuse them back into the patient. But because it’s a cell transfer therapy we can first give the patient a preparative regimen to improve the T-cell engraftment, that’s a chemotherapy regimen, like a low intensity transplant and then after giving the cells we can give cytokines to drive their proliferation and activation.

And HPV is part of the targeting, is it?

Yes. In this case, because we’re targeting cervical cancers with an antigen that is expressed by all of the cervical cancers and all the cells within the cancer and shared between patients, we can select the T-cells that we give for reactivity against those antigens.

We resect a metastatic tumour deposit; we grow T-cells from tumour fragments. We screen those T-cell cultures for reactivity against HPV oncoproteins and those are the cells that we expand and administer.

These are tailor-made treatments, then. In the case of your patients how did you proceed with the study? What did you give the patients and how did it go?

So the treatment consists of this preparative chemotherapy regimen like a low intensity transplant, followed by cell infusion, followed by high dose aldesleukin which is dosed to tolerance. So we’ve treated nine patients so far; three patients have had objective clinical responses, one patient had a partial response that lasted 2-3 months after treatment, the other two patients have had complete tumour regression. One patient is now 22 months from treatment, another is 15 months from treatment, neither has any evidence of disease at this point.

Here at ASCO there were quite a few eyebrows being raised with your news of the complete regression and in quite extensive disease too. Could you describe those patients to me? What happened?

Both were young patients, 36 years old, one patient had a metastatic squamous cell carcinoma that had been previously treated with three different combination chemotherapy regimens. So she had highly chemotherapy refractory disease and had a complete response to the treatment. The other patient was also a 36 year old woman, she had a metastatic adenocarcinoma that was chemo-radiation refractory and an aggressive tumour that then spread in the pelvis and to distant sites, again multiple sites of disease and a complete tumour regression.

So they have no evidence of disease, so they feel cured, for how long?

What are your conclusions from this?

I think it’s a proof of principle study that shows that this type of therapy can work in a non-melanoma solid tumour, in this case epithelial cancer, squamous cell carcinoma and adenocarcinoma.

Are there any side effects of using such an approach? You’re really tweaking the immune system, things might go wrong.

The primary grade 3 and 4 toxicities on this protocol have been due to the conditioning regimen. Essentially every patient has bone marrow suppression from the conditioning regimen. The other toxicity that I think is worth mentioning is the risk of infection. About half the patients have febrile neutropenia and about half the patients turn up some kind of infection, usually it’s just a positive blood culture that we treat with antibiotics.

So you’ve proved the principle, what might evolve into the clinical applications of this?

That would be amazing, what are your thoughts about that?

Do you think it could through to other cancers?

Certainly other HPV positive cancers, it makes a lot of sense to try it in that setting and hope it works. I think it’s a good idea.

So, briefly, what do you think doctors should take home from your findings, as announced here today?

I think that it shows proof of principle that cellular therapy can work in a non-melanoma solid tumour. 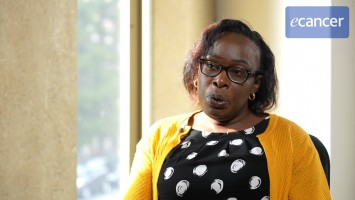 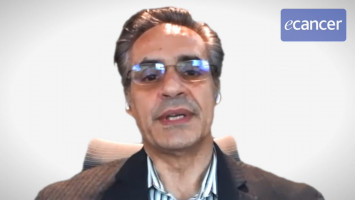