Dr Martinelli talks to ecancertv at the AACR conference about his work trying to find the complete genomic sequence of leukaemia in order to develop the most effective forms of targeted therapy.

His work in drug development is especially focused upon acute myeloid leukaemia and he hopes to find, through sequencing, the genome of individual patients in order to develop a personalised approach its treatment.


Could you tell us about the work you do with regards to leukaemia?

We are carrying out several clinical trials, phase I clinical trials, developing new compounds, new drugs, against leukaemia. Acute myeloid leukaemia is the main field of our interest in our job. Recently we got also quite important financial support from the European Community to get next generation sequencing for personalised leukaemia therapy which means that we are now doing a lot of sequencing efforts to get the complete genome of our patients with leukaemia. We are doing in more than 200 people recovering in Bologna is to get the entire genome of leukaemia and to find out some targets that can be efficaciously treated with targeted therapy. What we are doing is mostly phase I; we presented here in this meeting, at the AACR 2014 in San Diego, several works from my co-workers in which we get efficacy in the treatment of acute lymphoblastic leukaemia, Ph mostly.

Are you only sequencing AML?

No, we are sequencing all the types of leukaemia, mostly acute myeloid leukaemia and acute lymphoblastic leukaemia Ph . These two diseases are at this moment very difficult to be cured. Most of the patients are relapsed even if they responded very well to the initial treatment. These relapsed patients mostly have additional genetic lesions and we can’t target all so these additional genetic lesions, deletions and lesions, with peculiar targets like ponatinib and erlotinib and dasatinib and most of these patients also are efficiently targeted with monoclonal antibodies against anti-CD19 and anti-CD22. This is the portfolio that we are able to promise to our patients at this moment.

Is this an international collaboration?

This is a comparative study group financed by the European Community. We get five institutions that come from academic institutions. Most of them have been well-recognised at the Institution for Leukaemia Therapy and the other five are small-medium enterprise companies. That’s our peculiar portfolio and drugs against these kinds of leukaemia pathology. At the end of this year we will be able to get more than 700 newly sequenced patients with different disease and of course we can recognise newly undetectable mutations and recognise also some mutations that have been previously reported to be targeted for therapy.

What stage are you currently at?

We have at this moment after one year and a half of our project we were able to get the initial results that have been presented here in this meeting for the first time. Some of them have been also presented to the ASH meeting recently.

When do you think there will be better targeting?

It is difficult to get a prediction of what we will find. What we are now recognising is that all the leukaemic patients have more than one genetic lesion, sometimes there are five, six, eight in the better situations, sometimes there are hundreds of mutations which means that there is a complexity in the targeting and we have to also understand which are driver mutations, which are passenger mutations and how we can target the driver mutation in a more efficacious way.

What are the implications of this?

Leukaemia is quite simple. Sometimes we get… even in the complexity of the genome if you kill the genomic lesion with peculiar drugs you are able to obtain a quite high level of apoptosis, which means killing the cells, killing the tumour cells. So the idea was not only to combine but also to use drugs that can be able to kill the cells in a selective way. 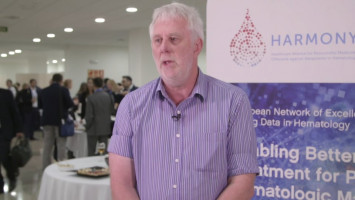 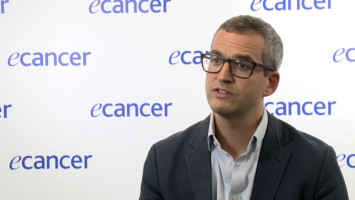