Dr Gandhi talks to ecancertv at the AACR conference about her study of MK-3475 which identified a lung cancer patient subset with high levels of PD-L1 which reacted favourably.


Can you tell us more about your work with PDL1?

I presented today data on the association of PDL1 expression with outcome in patients with non-small cell lung cancer treated with MK-3475, which is an anti-PD1 antibody from Merck. What we demonstrated is that in a training set of 146 patients who had mandatory fresh tumour biopsies taken before enrolment on the study that there was a clear relationship between PDL1 expression and outcome. We were then, from that point, able to establish a cut point which separated out patients who were more likely to benefit from treatment versus those that had limited benefit. So 50% tumour cell expression of PDL1 really differentiated patients in terms of their likelihood of response. Using that cut-off point there was a high negative predictive value for response for those who fell below that point and patients with either weak expression, up to 49%, or no expression really had very similar outcomes which were in turn quite different from those with the 50% or more PDL1 expression. For those patients there was a significant improvement in progression free survival compared to either weakly positive or negative patients. There was a trend towards improvement of overall survival as well, although that was not statistically significant but the data is still quite immature with very few patients having had enough follow-up to measure overall survival.

Weren’t some of your results quite unexpected?

That’s right. A similar type of analysis was done in melanoma where they actually did not conclude that there was a real difference between outcomes for PDL1 negative tumours versus PDL1 positive tumours. Some of the major differences are the fact that PDL1 negative tumours in melanoma also had a high response rate. The overall response rate in melanoma that was seen with this agent was 40%; the overall response rate in non-small cell lung cancer that was seen was 19%. The positive predictive value of having PDL1 expression in melanoma was overall quite low and not so different between the two different groups… between multiple different cut-off points, excuse me, so in that case they looked at 1% versus 10%. They also looked at others and really didn’t see differences in terms of separating out the positive predictive value really from a negative predictive value at a different cut-off point. But I don’t think the same thing was seen in lung cancer and that likely speaks to the difference between the two diseases. In lung cancer we saw that there was a high negative predictive value that was retained; even if you excluded patients with up to 49% expression you still had an 89% negative predictive value for patients who were called negative. So to me that actually just speaks to the fact that lung cancer is not historically a tumour type that has been responsive to immunotherapy. Melanoma, on the other hand, is a tumour type that has had historical responses to other types of immunotherapy as well. We know that melanoma has lots of different infiltrating immune cells or infiltrating T-cells, T regulatory cells, which likely play roles beyond PDL1 in melanoma to affect the overall response rates. We may not have as many of those other players at work in non-small cell lung cancer.

Have there been other trials in immunotherapy in lung cancer?

Yes, there have. So, for instance ipilimumab, which is an approved agent in melanoma, has also been tested in lung cancer. There are not single agent responses seen with ipilimumab in lung cancer, unlike in melanoma. There have been many other types of trials as well that have not yielded overall positive results. I think that the class of drugs targeting the PD1 pathway are a really unique exception in the world of immunotherapy and lung cancer.

Could you identify who the better candidates are at this stage?

I think that what we find from the data presented today is that strong PDL1 expression is at least potentially a good starting point for really selecting patients who are most likely to derive benefit. But I think it is still really… this whole idea of what is the right cut point is still being explored. So there are 300 additional patients that will be enrolled on the current phase I study that will be evaluated for these different cut points to really determine whether that is the right cut-off. And there’s an on-going randomised study which is actually enrolling patients based on the 1% cut-off but will stratify patients based on a 50% cut off. I think that will be where we can really validate whether that’s really an appropriate selection point to exclude or not exclude patients.

Can you ignore the fact that your study used fresh tissues?

Both studies used fresh biopsies, meaning with 60 days of enrolment onto the study. In both cases they were formalin fixed paraffin embedded for immunohistochemical analysis. So they were done the same way.

17 Apr 2020
Where have we got to with cancer treatment?
Prof Alexander Eggermont - Princess Máxima Center for Pediatric Oncology, Utrech... 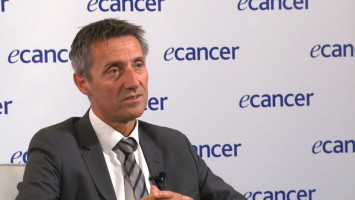 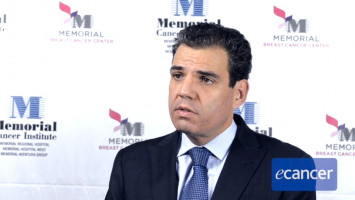