Prof Jack Cuzick talks to ecancertv at SABCS 2013. Taking the breast cancer drug anastrozole for five years reduced the chances of post-menopausal women at high risk of breast cancer developing the disease by 53 per cent compared with women who took a placebo, according to a study presented at SABCS 2103.

The results of the IBIS II trial could offer a new option for preventing breast cancer in high risk post-menopausal women which is more effective than tamoxifen and has fewer side-effects.

This was the IBIS II trial which was an international trial of almost 4,000 patients, not patients, in fact, they’re high risk women that don’t have breast cancer. High risk primarily because of a family history but also we had some women with atypical hyperplasia. They had at least twice the risk of the general population and on average it looks like it’s about three times the population risk. They took anastrozole or placebo daily for five years so it’s fully placebo controlled and the median follow-up is now five years and we’ve had 125 cancers, 85 in the control population and only 40 in the treatment population, so we’ve reduced breast cancer incidence by 53%. The effects were slightly larger for ER positive invasive cancers, 58%, but we also saw a big effect on DCIS and virtually no effect on oestrogen receptor negative tumours.

There is some controversy related to the side effects?

It is a major concern about prevention; if you’re going to be giving drugs to well people you want to make sure that the side effect profile is modest and controllable. The major serious side effect associated with aromatase inhibitors is bone loss leading to fractures and in the early adjuvant trials where there was no attempt to control this the fracture rate was about 50% higher in those receiving aromatase inhibitor. In IBIS II everybody got a bone density scan, a DEXA scan, at entry; those that were osteoporotic had to take a bisphosphonate; those that were osteopenic got additional DEXA scans and were given bisphosphonates as needed. Because of that we had virtually no increase in fracture rate; we had a tiny increase, it wasn’t even statistically significant. So that is a controllable side effect by baseline DEXA scans and bisphosphonates as needed.

Other major side effects are essentially aches and pains and arthralgias which, if you look at uncontrolled situations, people are convinced that almost everybody gets them that takes an aromatase inhibitor. Yes, we did find a large effect, we found 64% of the patients that took anastrozole reported aches and pains but, in fact, 58% of those taking placebo did. So there was a real increment but in fact it was only about 10% of the cases and 90% of the arthralgias are not associated with drugs, they’re just essentially related to aging.

These reported muscle pains are something that disappear?

Most of them resolve over a short time. I think one of the real challenges now is that it is true that women of this age, if they’re going to take these drugs, are going to have aches and pains. Simple strategies like just taking a bit more exercise probably are going to be the effective way to control this. There’s a lot to be done; for severe things probably challenge tests where you stop the treatment for a while and see if goes away, if it doesn’t then it’s probably not treatment related, are going to be important. That’s going to be a challenge to learn how to treat this and manage this but the exciting finding is that really it’s not drug related in 90% of the cases. At the moment anastrozole is used just simply as the treatment of choice for post-menopausal women with breast cancer that’s receptor positive so this is the first report of its utility in high risk women and I think there will be an effort now to make it more widely accepted.

One of the issues with this treatment is awareness?

There really are two issues and they are inter-related. An effective way of controlling breast cancer is first of all you need to identify more accurately who is at increased risk and where these drugs really make sense. The second fact, of course, is finding drugs which are effective but have minimal toxicity which can be tolerated. So the trial has basically demonstrated that we have an improvement in both efficacy, this is a better drug than Tamoxifen, more efficacious in terms of reducing risk, and serious side effects are substantially reduced. So we have a better drug. The next challenge now is to more accurately and more actively begin to identify high risk women who should consider this. We can learn a lot from the cardiologists that they’ve convinced the world that high blood pressure or high cholesterol is actually a disease, it’s simply a risk factor like family history for breast cancer and it’s quite routine, of course, to first of all try simple things like diet and exercise but for the higher risk individuals, because of cholesterol or high blood pressure, drugs are now standardly used and have had a major effect. So I think there’s a big challenge to bring that mentality into cancer and this is a step forward.

This could be an alternative to the preventative measures that Angelina Jolie took?

For very high risk women, most people don’t realise that she was a BRCA1 carrier which is very rare, the risk is high, and that’s an appropriate option for that group. But most women at increased risk are not BRCA1 or BRCA2 carriers, they have family histories that are not associated with these genetic mutations. They have other risk factors so their risk is of the order of 20-30% lifetime risk as opposed to her 85% lifetime risk. There, if you could reduce that by 50% or more and bring it back down to more like the population risks, that is a very attractive strategy if side effects are acceptable. 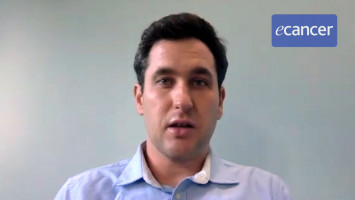