Dr Marjorie G. Zauderer talks to ecancer at the 2013 ASCO Annual Meeting about progression free survival in lung cancer patients with KRAS mutation and elevated LDH and the GALAXY-1 trial.


The primary endpoint was to look at PFS in patients with KRAS mutations as well as patients with elevated LDH and that’s a marker of inflammation and potentially of hypoxia, which is why they looked at it in this study. Unfortunately the data among the KRAS patients is still not mature. They just finished accruing the KRAS mutant patients in May and so they haven’t been on study long enough for us to know. But some of the pre-specified secondary endpoints have been interesting and in particular they looked at patients who were more than six months from their diagnosis. That was actually a stratification in the randomisation, so equal numbers of patients who were more than six months out versus less got assigned to the combination arm versus the standard docetaxel. What they found in the patients who were more than six months out was that they actually had a significant improvement in progression free and overall survival. I think that that subgroup of patients is an increasingly important group of patients. When we start initial first line therapy typically 70% of patients respond, 30% don’t and those 70% who respond now more and more data is emerging that we should continue them on maintenance therapy. So by the time we get to second line therapy we’re seeing more and more people who have been further out from their diagnosis. Of course, those are the patients who are doing better and responding so they tend to be healthier but they’re also patients who have intrinsically different biology and this may be a compound that works better in that group of patients.

Is this ready to change practice now?

No, I don’t think it’s ready for prime time. There is an on-going phase III trial looking at this subgroup of the greater than six months since diagnosis and I think once we have the results of that study then it would be for prime time. I think for now we’re acceptable, it’s an exciting trial to consider referring patients for but it’s not ready for routine use yet.

I’m excited because it’s the first compound in the class of heat shock protein 90 inhibitors that show an efficacy so I’m excited that we’re starting, possibly, to make progress in this area where we haven’t really had a major advance in probably a decade. 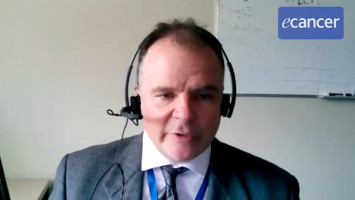 29 Mar 2021
WCLC 2020: Updates from the CHRYSALIS trial and what it means for patients with ...
Dr Joshua Bauml and Dr Joshua Sabari 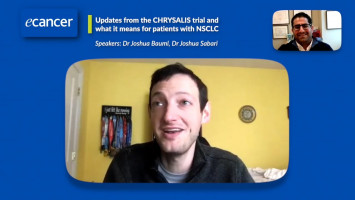 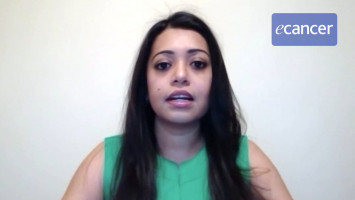