Immunotherapy in melanoma and other cancers

Dr Suzanne Topalian talks with ecancer at the 2013 AACR Annual meeting in Washington DC about the power of the immune system to combat melanoma and other cancers in combination with other treatments such as chemotherapy and targeted drugs.


Immunotherapy in melanoma and other cancers

For a long time the power of the immune system to combat cancer was more of a theoretical than a real fact. But I think that work over the last few decades has brought us to a point now where immunotherapy is considered to be one of the major treatment modalities for cancer. It’s no longer just for particular cancer types like melanoma; melanoma has always been the case study for immunotherapy, it appears to be a very immune-responsive cancer but now, with more recent studies and newer drugs, we’re finding drugs that also have an impact on cancers like kidney cancer and lung cancer which before this time was not traditionally thought of as being immune responsive.

With the success in melanoma is the same immunotherapy being used with other cancers?


I think there was a hallmark event in the history of immunotherapy in 2011 when the drug ipilimumab, which blocks CTLA-4, so it’s an immune modulating drug, was approved for the treatment of patients with advanced melanoma. So not only was this major news for the world of melanoma, which is my clinical specialty, because it was the first time ever that a drug had been shown to have a survival advantage in this patient group, but also it was a milestone for immunotherapy because this was a drug approval for an agent that only acts through the immune system. Now, with the newer research on anti-PD-1 and anti PDL-1, which are molecules that are in the same family as CTLA-4 and yet they’re very distinct, this research is now showing that we can take immunotherapy beyond melanoma into other kinds of cancers and that it can shrink tumours. Now the important question that remains is will that translate into survival benefits from cancer patients? That we don’t know yet but that is a question that’s under active study.

Will immunotherapy be used alongside classic chemotherapy?

It may be. What we do know is that in laboratory models that immunotherapy is much more effective if it’s used in combination with other anti-cancer modalities. It could be with chemotherapy but it might also be in combination with cancer vaccines, with inhibitors of signalling pathways, the so-called tyrosine kinase inhibitors or TKIs, focussed radiation therapy. There are many possibilities and different immune modulating agents may be used in combination with each other. But again in laboratory models these combinations appear to be much more effective than any of the individual agents alone. So I think that this is really where the field is heading now.

So there are now six different companies producing drugs that either block PD-1, which is expressed on activated immune cells, or PDL-1, the ligand that’s expressed on human cancers. So the resource for that is the clinicaltrials.gov website. It’s easily searchable, some of these trials are international, others are only in the US but there are multiple drugs now targeting the PD-1, PDL-1 pathway in early stage development, also in late stage, so registration trials for potential regulatory approval of these drugs. 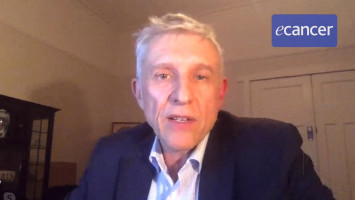 1 May 2020
Where have we got to with cancer treatment?
Prof Alexander Eggermont - Princess Máxima Center for Pediatric Oncology, Utrech... 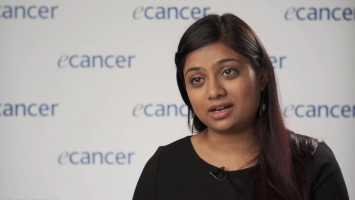 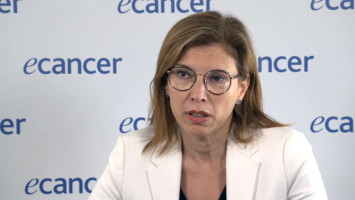 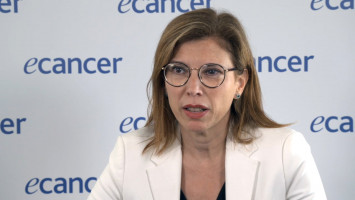