European-American (EA) woman have a higher overall incidence of breast cancer than African American (AA) women, yet AA woman have poorer survival outcome, even after controlling for factors related to socioeconomic status.

AA women are diagnosed at a younger age with aggressive breast tumours, more frequently ‘triple negative’ due to lack of estrogen and progesterone receptor (ER and PR) expression and negative for HER-2 amplification, as well as, high proliferative indices.

These ‘triple negative’ breast cancers are most lethal since hormonal- or anti-HER2 therapy are not effective; therefore, fewer treatment options are available. Currently, the reason for racial disparities in breast cancer biology and early age of onset in AA women is largely unknown.

Future analyses include screening a larger cohort of 1000 FFPE tumour DNAs to effectively compare differential methylation with age at onset, and a variety of tumour characteristics and risk factors. Funded by 1 R01 CA133264 to CBA, KD, and MJH, and by Cancer Center Support Grant CA16056 to RPCI.


Christine, it’s a busy meeting here in Washington DC for the AACR. You’ve put your finger on an extraordinarily important aspect of this in that breast cancer incidence is different in different communities. You’ve looked particularly at African-American women; you’re interested in lifestyle factors. Can you tell me what it is you’ve been doing in these studies you’re so much involved with?

So we know that white women are more likely to get breast cancer, the prevalence is much higher in white women than African-American women but African-American women are more likely to get breast cancer before they’re forty and also to have a more aggressive kind of breast cancer, it doesn’t express the oestrogen receptor, or there’s triple negative – oestrogen receptor, progesterone receptor, HER2, negative for all of those. So when tumours express these receptors they’re druggable, OK? ER tumours they can treat with anti-oestrogens, HER2 positive tumours they can treat with Herceptin but these triple negative tumours, there are no druggable targets. And so they have a very poor prognosis.

Right, tell me what you have been doing then in the Women’s Circle of Health study.

The Women’s Circle of Health study is a case-controlled study with my colleague, Elisa Bandera who is at the Cancer Institute of New Jersey. And we’ve been enrolling African-American women with breast cancer, European-American women with breast cancer and an equal number of controls. So right now we’ve got about 1,000 in each group. We’ve been looking at their tumour tissue and whether or not it expresses oestrogen, progesterone receptors and HER2 and then looking at what are the risk factors for more aggressive cancers in African-American women and in white women.

I know you’re interested in genetic factors but lifestyle comes into it and there’s this nature versus nurture argument, even in breast cancer. What’s the trade-off?

So I’ve done a lot of research in the role of genetic susceptibility to cancer. What I’ve been most interested is how genetic susceptibility may modify the effects of exposures, so why do some people who smoke get lung cancer and others don’t, maybe there are differences in their genetics. But we’ve been doing quite a bit of genetic research but I’m more interested in the epidemiology because we want to prevent cancer, we want to prevent more aggressive cancers, and so if we can identify what the risk factors are for those tumours that are going to be most lethal, we could try to intervene.

And do something about it.

To reduce the risk, yes.

It’s very frustrating that African-American women are doing the right thing as far as cancer risks are concerned by having lots of babies, maybe, and yet it serves them very poorly. That’s what you’ve discovered, isn’t it?

Well having children, we have always thought, reduces risk of breast cancer. The younger you have them, the better, the more you have, the better, but most of those studies were conducted in European-American women, generally older women. And so once we could really classify these breast tumours and can see that they’re not all the same it became very clear that having children only reduced risk of ER , this good prognosis breast cancer that older women, white women, get. And actually having children increases risk of triple negative breast cancer twofold but the most important point is that breast feeding totally removes that risk.

Findings on the influence of breast feeding on breast cancer have been confusing at times in the past. How is it it’s now clear?

Yes, and I think that’s because we were considering breast cancer as one disease and the majority of studies were being conducted in white women. And now that we can really tease out that there are different types of breast cancer, some that are more common in African-Americans, some more common in white women, we can see because most of the studies now have shown that it’s having children that reduces risk of ER or luminal A breast cancer. Breast feeding doesn’t add anything to that; whether or not you breast feed, as long as you have children the risk is reduced. It’s only for this more aggressive breast cancer. So when you’ve gone and you’re looking at one disease, treating it as one disease, and you’ve got opposite effects when you put them together, you may see nothing or studies may be inconsistent, depending upon the populations.

Well we don’t know yet how parity or breast feeding may affect breast cancer survival so right now this is just risk. We know that breast feeding is fantastic for babies, it’s the best thing you can do for your baby and if it also can prevent this very lethal form of breast cancer, that’s even more reason to really try to reinforce it.

And you’ve got a consortium going?

Yes, yes, with the Carolina Breast Cancer Study, the Black Women’s Health Study, led by Julie Palmer, the Multi-Ethnic Cohort is involved, and we are pooling our data and samples so that we’ll have more than 5,000 African-American women with breast cancer, equal number of controls. We’re getting the tumour block so that we can look at all of these different breast cancer subtypes and really hone in on the risk factors because if you have really large sample size in a consortium, your results are more believable because in epidemiology studies, unlike mice, where you can put them in a box same strain and treat them all the same, people aren’t like that. So studies, the results can be variable. But with a sample size like this from many studies we hope that our results will provide a lot of information.

So could you summarise the findings that you have made about the differences between breast cancer, what causes it and the dos and don’ts, indeed, both for avoiding the disease and for treating it?

And are there any messages for cancer doctors coming out of all of this?

Well not necessarily for treatment and survival but for those who are at risk, especially women who have a strong family history of breast cancer or more aggressive breast cancer or breast cancer at a younger age, it’s probably quite important to counsel them that if they’re going to have children to breast feed.

You’ve made some findings about vitamin D, haven’t you?

Yes, in our group we’ve been interested in whether or not vitamin D is associated with reduced risk of breast cancer. And again the epidemiology studies are inconsistent but when we took a large pool of women with breast cancer and we had blood samples, we measured vitamin D in their blood samples. We found that higher levels of vitamin D were associated with ER or this luminal A breast cancer, the better prognosis. The lowest levels were in women with triple negative breast cancer. And importantly we also have shown, and many others have shown the same thing, African-Americans there’s a very high prevalence of being severely deficient in vitamin D because pigmentation in skin blocks ultra-violet rays and vitamin D synthesis. So now we’re working in this large consortium that we have to be able to see if low levels of vitamin D are associated with more aggressive breast cancer in African-American women.

Christine, thank you very much indeed. 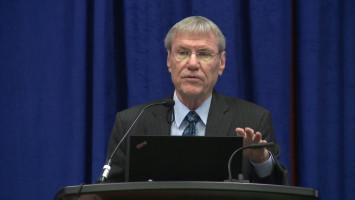 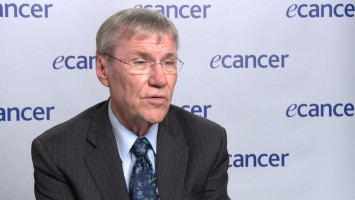