Dr Kalff talks to ecancertv at IMW 2013 on an extended analysis of the ALLG MM6 trial that her and her colleagues carried out.

Their aims were to determine whether the significant PFS and OS advantages seen for thalidomide consolidation post ASCT at 3 yrs post randomization in the ALLG MM6 trial were durable at longer follow-up. This included comparing the overall response rate (ORR) to salvage therapy and secondary primary malignancy (SPM) incidence.

PFS and OS were measured from date of randomization.

The researchers found that PFS and OS advantages ascribed to thalidomide consolidation post ASCT remain highly significant at 5 years, however the full 12 months of thalidomide was required to derive OS benefit. Further recapitulating previous findings, thalidomide did not impact on ORR to salvage therapy at relapse.


I presented an extended analysis of an ALLG MM6 study, so it’s an Australasian Leukaemia Lymphoma Group collaborative study where we assessed the effectiveness of adding thalidomide, a finite period of thalidomide consolidation post-autologous stem cell transplant, to prednisolone and zoledronic acid therapy.

This is following up from earlier results published of the study which showed significant survival benefits at a three year post-randomisation time point. Given the differing results between other thalidomide maintenance studies that have been published, we thought that we would go back and look at the data and look at a longer follow-up to see if the survival benefits were still durable. So we found that the significant overall survival and progression free survival benefits that were seen at three years post-randomisation were still strongly significant and durable at five years post-randomisation. We also looked at, because around 30% of patients in the initial study came off the thalidomide therapy before the twelve month finite period was up, we thought we’d go back and look at whether the overall duration of thalidomide exposure would have any impact on survival and it did. We found that patients required at least eight months of continuous thalidomide therapy to derive that overall survival or progression free survival benefit.

So this could have an impact in the clinic?

Yes, potentially in that… Importantly, one other thing we also looked at in addition to the duration of exposure we tried to extrapolate from our data what the minimum dose required was because we did aim to treat to a maximum of 200mg but only around 30% of patients actually achieved that throughout the trial. So extrapolating from our data suggests that maybe a dose of around 100mg a day is required for this. So, again, I think that does have relevance to the clinic for patients post-transplant. In Australia outside the setting of a clinical trial the standard of care post-transplant at present is for patients to have thalidomide plus or minus prednisolone maintenance for twelve months.

And you carried out a cost analysis?

We did a cost-effective analysis because of the expensive drugs coming in to development. It’s a limited analysis looking only at the exposure to thalidomide and cost, so not taking into account particularly the side effects of thalidomide. But what we found is per mean life year gained with thalidomide therapy that the cost was around A$ 15-16,000, which to put into perspective when submissions are made to the Australian Pharmaceutical Benefits Advisory Committee submissions with cost effectiveness ratios in terms of cost per QALY, favourable outcomes are seen for benefits that cost around A$ 45-75,000 per year. So it seems to be a cost effective treatment as well as beneficial from a survival point of view. 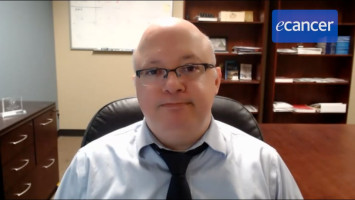 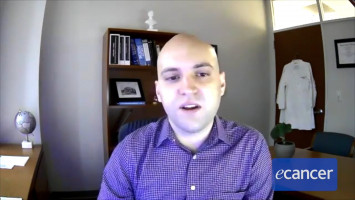