Pre-implantation genetic diagnosis is a type of very early prenatal testing. It requires fertility type treatment, so eggs and sperm are fertilised in vitro and then the embryos are tested at a very early stage to establish whether they’re affected with a specific genetic disorder or not. So the couples coming to us are already at risk at one of two or one of four for having an affected child but what they don’t want to do is conceive a pregnancy and have the pregnancy tested and then possibly terminate an affected pregnancy. Equally, they don’t want to have an affected child so they’re viewing pre-implantation genetic diagnosis as a way of ensuring that any embryo that implants is actually unaffected with the genetic condition.

At this conference I’ve been talking an overview about our PGD service and how it benefits patients who have perhaps inherited forms of cancer like breast cancer 1 or 2 genes or even haemoglobinopathies as well. But the idea was to give the clinicians treating these patients an idea of another option that may be available to couples and slightly demystify it but be very honest about the treatment’s pitfalls as well as the advantages of it. I covered the procedure itself, how it’s done, what the couples have to go through before actually starting a treatment cycle. It’s a complex procedure, remembering most of these couples are fertile and have normal fertility and don’t require what is actually a fairly invasive technique to obtain eggs, which have to be surgically retrieved, fertilise them and test the embryos. Also although success rates have improved, it still has a lower success rate than the success of a couple trying themselves for a pregnancy. So it’s important that I’ve explained to clinicians the downsides of PGD as well as what, on the surface, seems like a very good idea. There are the psychological implications of it too, couples that may not succeed and the travel involved, the cost involved as well. PGD is often funded by couples themselves if they can’t establish state funding. In the UK we are lucky in that many of our couples do get NHS funding but in other countries it’s not as straightforward as that.

The important aspect, the reality of it is whether PGD works and what the success rates are. I’m pleased to say we have a very successful unit but we’re still looking at about a one in three chance of having a baby from the start of a treatment cycle. So it is a limited success rate.

How long does the treatment cycle take?

A treatment cycle will take, once it gets going, about nine weeks to complete with about five visits to the hospital during those nine weeks and remembering some couples are travelling many, many miles to come to our centre for this treatment. The timeframe, really, to treatment is the big issue in that setting up the treatment for a couple requires obtaining funding, doing a developmental test so that we’ve got an accurate test when it comes to testing the embryos and then fitting in a couple into a cycle. So for some couples it could take a year before they’re ready to start a treatment cycle.

How do we create awareness?

I’m asked quite often to go and talk to different specialties. The knowledge about PGD is much better now in the clinical genetics world, which is where we receive most of our referrals, which is important because part of our criteria for seeing couples is that they’ve already been seen by a clinical geneticist so they understand the risks, the right molecular tests have been done and also they know what other reproductive options are available to them. Then they’re referred to us. So the clinical geneticists, then, in all areas of the country are able to liaise with their own other clinical specialties and in the world of cancer genetics that’s increasing and people are gradually knowing more and more about PGD. There is also the aspect of the patient support groups as well, they’re very important in all of this. Genetic Alliance promotes PGD and supports it, as do many of the individual charities and support groups. So the message is slowly getting out there via also the obstetricians and gynaecologists who are another important part of all of this.

What message would you give to patients looking into this?

I think you need to be seen by a specialist; you need to have an open mind to begin with and have an opportunity to talk through the pros and cons. And really ask lots of questions about success rate and what that means and time frames before embarking upon this. But don’t let anybody say to you that it’s not worth doing, find it out for yourself and find the actual true picture on success rates and the implications of going through the treatment. You can ask your local genetic centre to refer you at no cost to yourself. 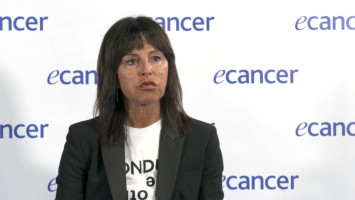 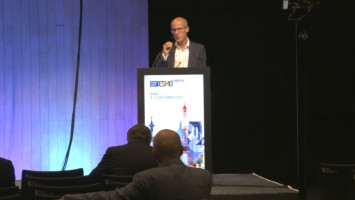