The ASPree study: ASPirin in Reducing Events in the Elderly

Prof John McNeil, chair of the 2012 Aspirin Foundation meeting, talks to ecancer about the ASPRee study, which aims to provide evidence that aspirin prolongs disability free survival. The ultimate end point of the study is to make aspirin a standard of care in elderly patients.

The rationale was that the population in both the UK and Australia and a lot of other advanced countries is aging rapidly. We’ve got a big imperative to keep people out of institutionalised care as long as possible and aspirin is a drug which has a lot of potential to achieve this. But unfortunately we don’t have the evidence yet to show that it will be effective and ASPree is designed to provide that evidence.

What were the aims of the trial?

Yes, the aim is a new aim for a clinical trial. It’s not just to prevent one disease, like cancer or heart disease or so on, but it’s to prolong what’s called disability free survival. Disability free survival really is survival free of dementia or free of physical incapacity like, for example, being able to bath oneself or eat and feed oneself and so on.

Does this include cancer as well?

Cancer would also impact on the endpoint as well. So really it’s an attempt to balance out in a single endpoint all the good and bad things. Because basically if we are treating older people in a population, unless it actually prolongs their time that’s free of disability, where they’re out of institutionalised care, you could say why take it?

How was the trial designed?

It’s a very, very standard, typical randomised controlled trial. The people who come into it are over 70 years of age, in fact the majority of them are between 70-80 although some are older than that. They are randomly allocated to either low dose aspirin, 100mg enteric a day, or placebo. They’re followed then every year for five years to determine the endpoint.

Did you look into the risks and benefits of low dose aspirin?

Yes, that’s the really the purpose of the trial. The reason we did it is because we know that in the elderly bleeding is more common and that’s one of the major side effects. It’s not only bleeding from the stomach, it’s bleeding in the brain, it’s even tiny little haemorrhages called microhaemorrhages that can occur in the brain of people and may be increased by aspirin. We have to weigh that up against the benefit of reducing stroke, heart disease, dementia, cancer. At the moment we don’t know how to weigh that up, we don’t know really whether the benefit outweighs the risk. I guess we’re using aspirin in this respect as a preventive drug and we’ve had so many disappointments with preventive drugs in the past that we know now that unless we submit them to a big clinical trial like this we really can’t be sure that they work and that they’re worthwhile giving. 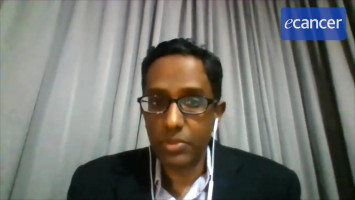