We conducted a study to address the outcome of women with breast cancer who became pregnant after breast cancer diagnosis, and actually these kind of studies have been conducted for forty years. Two years ago in the EBCC we presented a combined analysis of the former studies and we found out that there are still a lot of issues not addressed. First, regarding the outcome of women who have an ER positive breast cancer, which is an endocrine sensitive disease, it has been always claimed that maybe pregnancy in these women is not a good idea because there are high oestrogen levels during pregnancy and maybe in this particular subset this could not be a very good idea. Another thing we’ve noticed that around 30% of women who became pregnant after breast cancer diagnosis were advised to go for an abortion, mainly by their treating physicians which underscores the uncertainty in the data we have regarding the safety of pregnancy in these patients.

Also, other questions remain regarding when to become pregnant, the safety of breast feeding, all of these points were not really addressed in the previous studies. So we opted to design a study in order to try to address these particular points: safety in ER positive; impact of abortion; when to become pregnant and outcome according to breastfeeding status. So this study took place in five European centres in addition to the Danish Breast Cancer Cooperative Group and we also obtained some information on a previous study that tried to address similar questions and had some information about ER status as well.

How many patients were involved in the study?

In total 1,207 patients were involved in this study, 333 had a pregnancy after breast cancer diagnosis and the rest served as a comparative group. So breast cancer patients of the same stage, same ER status, received more or less similar kinds of systemic therapy but did not become subsequently pregnant.

This was the main analysis which emphasises the point that pregnancy is safe after breast cancer diagnosis, even if a woman has an ER positive disease, so an endocrine sensitive disease. Of note is that most of the women that received hormonal therapy, the standard of care in pre-menopausal women, that women received hormonal therapy for five years. Most of the women who received the adjuvant hormonal therapy in our study completed the five years. So this study did not really address the feasibility of early interruption of hormonal therapy which is crucial because some women come to the clinic and they are concerned that they don’t want to wait for five years to become pregnant. The hormonal therapy itself could affect their chances of becoming subsequently pregnant so this study does not address the feasibility of, for example, giving three years or four years or just stopping at two years. What we can say from this study is that every woman should complete adequate hormonal therapy in order to become subsequently pregnant. On a case by case basis, it could be considered that for a particular patient we can discuss shorter duration but this is basically based on assessing the risks of relapse, several factors should be taken into account but this study in particular does not address that.

We also looked into the impact of abortion and this was some sort of a sub-group analysis. We did not find that abortion improved the outcome of these patients. So patients who had an abortion or completed their pregnancy, they had a similar outcome and similar to the comparative group as well. So underscoring again that the concept of maybe we are reducing the potential risk of relapse with pregnancy by inducing an abortion, well this is not true. So women should not be advised to go for an abortion for therapeutic purposes.

Unfortunately we had very limited information to comment on breastfeeding, very little information was available on the breastfeeding status of those who became pregnant after breast cancer diagnosis. Only 25 women were known to have breastfed their children and around 40 women were known not to have breastfed their children, the rest had an unknown breastfeeding status. Of course the numbers are too little to draw solid conclusions, however, we did not find really a trend of a poor outcome or anything but we cannot, of course, confidently conclude on that.

One of the crucial points in addressing these questions is that you cannot really address them efficiently. For example, in oncology in general, in medicine in general, the best thing is to address research questions in a prospective randomised trial, for example. This is not really possible in the setting of pregnancy because you cannot really randomise for that. So I think further retrospective studies would not really add much because we ran into, as well, some methodological issues regarding selection of the comparative group, whether maybe there is an element of bias in selecting this comparative group or not.

I believe the next step should be to try to launch some sort of registry project, so a registry project to address fertility issues in young women. In fact, the Breast International Group are currently launching a project like this in order to address these issues. For example, as I’ve just mentioned, the feasibility of early interruption of hormonal therapy. Well, we’re not really sure that this can be done and how safe is that? Does it really increase the risk of relapse or not? Can we resume hormonal therapy after pregnancy or not?  We don’t really know about that. Well, sometimes we do it, in practice, but we are not really sure the benefit-risk ratio here that we’re taking. Certainly we have this information on the patients, now we do have information on the patients in our study, and certainly would be interested down the line to collect more information on that. However, we believe that, at least for the time being, the data are decent enough to improve the counselling of these women a little bit. So I see no reason at all to deny the opportunity of a woman who completed already her optimal adjuvant therapy, to deny her the opportunity to become pregnant. Especially with the rising trend of delaying child-bearing in general, a lot of women now are diagnosed with breast cancer before completing their families and accordingly we should be really very careful in counselling these women. In the absence of data suggesting a detrimental effect I see no justification at all to promote this concept in practice.

This could be good news for a lot of women?

I believe the good news has been there for quite some time, however, for example, the first study that addressed this question was published in 1970. However, most of the studies that were published had really these pitfalls that I discussed earlier that we tried to address, particularly the safety according to ER status which was really very crucial for a lot of physicians as well as patients. This is always the question that comes up – did you do an analysis according to ER status or not? And always the answer was no, we did not because most of these studies were quite old so accordingly ER status was not really determined in a large majority. In order to really, as well, to have a solid conclusion on that you need a large number of patients which was not always the case as well in the previously published study. This is one of the few studies, or perhaps the only study, that was powered to show the safety of pregnancy according to ER status. So we had the statistical power to show this confidently which rather emphasises the point that we have already shown that pregnancy is not detrimental, however, more we can say this now more confidently, particularly in patients with an endocrine sensitive disease. 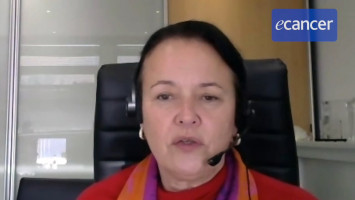 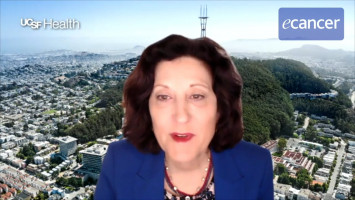 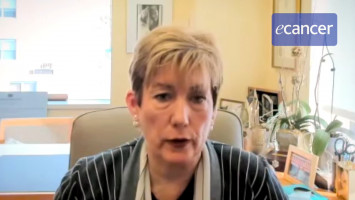 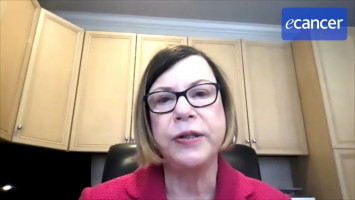 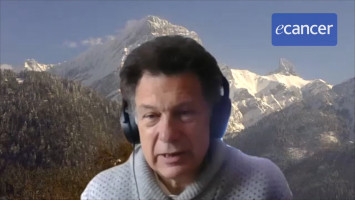 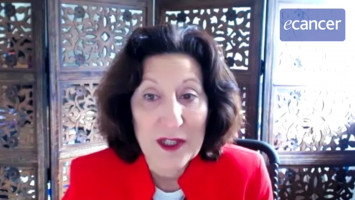 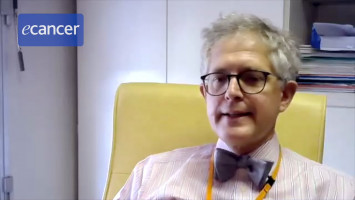 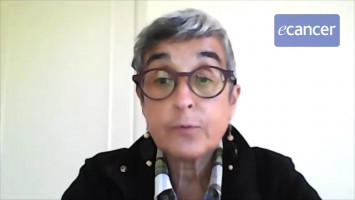