ASH 2011 has been a very exciting meeting for myelodysplastic syndrome researchers as a number of mutant genes have been identified as potential targets, notes Prof Valeria Santini of the University of Florence. These new mutations are significant not only in regards to spliceosome machinery and patheogenesis, but also with progression free survival. The mutations help identify frequent subtypes of MDS and data already shows that patients respond better when these mutations can be targeted directly.

This 2011 ASH meeting was incredibly interesting for MDS experts because many groups have shown and characterised some mutants which seem to be specific of MDS and are regarding spliceosome machinery. They indeed have an importance in the pathogenesis of the disease but they are also correlated with survival and outcome of patients and they identify and are particularly frequent in specific subtypes of MDS. So this is a major finding and I think that in the future months and years we will have much more data related to that. The patients carrying some specific mutation of the spliceosome seem to respond better to treatment with azacytidine, for instance, and other histone deacytelase or other DNA methyltransferase inhibitors.

Is there any information on new agents?

There are not so many new agents presented but what has been presented and confirmed is the efficacy of the association of azacytidine with other drugs such as lenalidomide or vorinostat, so an HDAC inhibitor. The data presented show a very strong synergy of the two drugs in inducing CR. So these data are very promising and the combinations seem to be what we should pursue in treating high risk MDS patients.

Is this promising for the patients?

For the patients it’s very promising because these are mainly drugs which can be used orally and there is in development also an oral form of azacytidine which can very easily be given to patients who are at home and don’t need hospitalisation.

Could you discuss the use of combination therapy?

The use of combination of azacytidine plus other drugs for the patient is very meaningful because we can increase the rate of complete remission. The rates of response are most probably correlated with a longer survival and the first data are coming out now. The combination seems to be very safe and well tolerated so that we can give oral drugs like HDAC inhibitors, like panobinostat or vorinostat, and lenalidomide together with azacytidine. And, as I mentioned, azacytidine is in development as an oral drug as well so elderly patients with MDS could be treated possibly also without admission in a day hospital or in hospital. So that’s a step forward in the treatment of high risk MDS.

Have there been any other developments?

There has been a report of the Düsseldorf registry, Germany, about the use of lenalidomide in low risk del(5q) MDS patients. From this report we may, in fact, conclude that the use of lenalidomide doesn’t seem to be correlated with an increase in AML progression for these kinds of patients. So these studies have to be carried out in several centres but it’s quite good news for patients as well.

What have been the highlights presented on MDS at this meeting?

ASH 2011 has been an exciting moment for MDS experts because of the biological and molecular findings presented at this meeting. Several groups have shown that there is an MDS specific mutation, I would say several specific mutations, affecting the spliceosome machinery. These mutations are indeed involved in the pathogenesis of the disease but are also correlated with the outcome of the patients and they are good predictors of good outcome and are correlated with a specific subtype of MDS. So these are the first descriptions and sequencing of several mutations, the work is in progress and there have been presented also the first data related to response to azacytidine in mutated patients who seem to be more susceptible to this treatment. 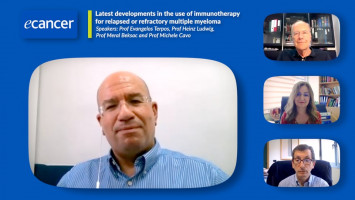 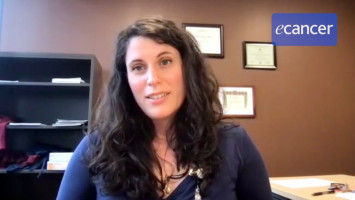 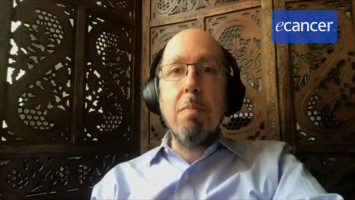