Prof John Gribben sits down with Prof Bertrand Coffier to discuss the latest advances in peripheral T cell lymphoma presented at ASH 2011. Currently there are 3 new drugs being researched, pralatrexate, romidepsin and rituximab, after many years without success in clinical trials.

Presenting the effects of romidepsin on the most common types of lymphoma, Prof Coffier talks about multiple trials and treatment methods using romidepsin. Findings show that at least 30% of patients that failed chemotherapy and combination treatments responded to romidepsin administered on its own. Major problems in the past with the treatment of peripheral T cell lymphoma has been depth and duration of response; however, there has been an increase in remission time with romidepsin treatment. Prof Coffier also explains future research and the potential to move romidepsin into combination therapy.


JG:    We’re here at the American Society of Haematology meeting in San Diego. I’m joined today by Bertrand Coiffier, who needs no introduction for those of us in the lymphoma field, and we’re here to talk particularly about advances and what we’ve seen at the meeting on peripheral T-cell lymphoma. So Bertrand, welcome. It’s always been somewhat disappointing, the sorts of results that we’ve seen, particularly with peripheral T-cell lymphomas with CHOP-like therapies so will you talk to us a little bit about the recent drugs that have appeared and how they represent an advance?

BC:    Yes. It was a pity but for the last fifteen or twenty years we did not make any progress for treating patients with peripheral T-cell lymphoma; there were a lot of attempts that did not succeed. Currently we have three new drugs that have been researched in the US, not in the rest of the world that have activity on peripheral T-cell lymphoma. The three drugs are different and all have their own merits. This pralatrexate, and there are very few data this year on this meeting for pralatrexate. The second one is romidepsin, an HDAC inhibitor targeting the T-cell lymphoma, and the third one is rituximab (rituxan) that targets the CD30 positive peripheral T-cell lymphoma. So I will present tomorrow an abstract on romidepsin in the most frequent T-cell lymphoma, that is angioimmunoblastic T-cell lymphoma, anaplastic large cell lymphoma ALK negative, it’s more frequent in older patients and more severe than the ALK positive, and the not otherwise specified, that is a large group of different types of subtype of T-cell lymphoma. The interesting point of this abstract is the fact that at least 30% of the patients that have failed previous chemotherapy like CHOP, or all the combinations we may try, responded to romidepsin alone and we have observed around twenty patients that have good CR, that are in CR at four or six cycles of romidepsin and these patients stay in CR. The protocol schedules that we should continue the treatment until progression and we have some patients that never progress. I have one patient that I treat with romidepsin for four years now and she had received three lines before going to romidepsin and this is classical. Nearly all the patients in CR in this treatment did not respond to the last prior chemotherapy.

JG:    So clearly then the romidepsin represents an advance over the therapies that we had before?

JG:    The major problem, of course, has been not just the response rates but the duration of response. So what you’re describing of patients having long remissions in these relapsed refractory patient populations really represent something new that we don’t normally see in the T-cell lymphomas.

BC:    Certainly, it was not expected at the beginning of this protocol to have patients that have failed several previous lines of chemotherapy to reach CR, it’s maybe seen but to stay in CR for a long time, two years, three years, four years, it’s something that was not really expected. So that proves that with this drug you may really salvage some patients.

JG:    Are you seeing similar levels of response in each of the different subtypes of the T-cell lymphomas that you’re investigating?

BC:    Yes, there are not sufficient numbers of patients to be sure, there are small differences, but I don’t think it’s significant. For what I call the nodal peripheral T-cell lymphoma, this is anaplastic large cell, angioimmunoblastic or not otherwise specified, there is a good response.

JG:    The other thing, of course, is to be looking now at potentially moving romidepsin into combinations and I’ve seen your presentation here where you, with GELA, have started a phase I/phase II study looking at this drug now with our standard therapies.

BC:    Yes, because, as you know, if you would like to cure a patient you have to treat this patient in first line with a good combination. The problem now is to define what is a good combination to combine with romidepsin. We have looked at CHOP because CHOP is the most frequently used regimen in peripheral T-cell lymphoma and currently, so we have done a phase I and we went until 10mg without DLT. Today the first patient that is treated at 12mg and so we may probably have a good regimen, not toxic, to go on for the phase III and to prove that romidepsin plus CHOP might be superior to CHOP alone.

BC:    No, there is really no proof at all that in aggressive lymphoma, diffuse large B-cell or peripheral T-cell lymphoma, that maintenance has a role. So what we observed in this phase II study with romidepsin alone is the fact that patients stay in CR with continuing treatment but what might be important is also in first line is the quality of the response. If you had very good CR with PET negative and you may stay in CR without any maintenance. So the idea is not to test some sort of maintenance in peripheral T-cell lymphoma now but to prove that any combination is better and if there is a higher relapse rate early on we may look at maintenance but it’s too early now to say maintenance is a standard.

JG:    You mentioned earlier that the drug was now approved in the relapsed setting by the FDA, can you just tell us where the process is for registration with EMEA in Europe?

BC:    Yes, but the drug company know better than me where we are for the moment. I know that they have submitted a dossier to the EMEA for romidepsin alone in peripheral T-cell lymphoma but also in continuous T-cell lymphoma. That the EMEA, as always, has responded with some questions asking for precision, that the drug company has a plan that was finalised, I don’t know where they are exactly, that responds to these questions and later on, early next year, we will probably have the final response of the EMEA, that I don’t know.

JG:    So in conclusion then, we have a drug which clearly has activity in this disease setting which is already available in the US and which will hopefully very soon be available in Europe for the treatment of our patients with relapsed and refractory disease. And, of course, we’re waiting with great interest the results from the GELA study looking at using this drug in combination with CHOP to potentially change the optimal frontline therapy, but that’s, of course, going to require a clinical trial. So I’d like to thank you very much and we look forward to hearing more on this very interesting drug in the future. 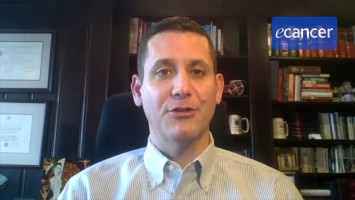 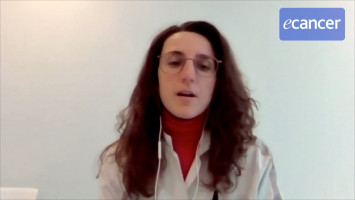