Prof Christina Stefan speaks about the issues surrounding African paediatric oncology. A meeting was held at the 2011 AORTIC congress bringing together professionals from all aspects of paediatric cancer care. These professionals addressed subjects such as HIV malignancies in children with cancer and the possibility of starting a childhood cancer registry. Although there are large numbers of HIV positive children with cancer across Africa, it is not yet known how best to treat these patients. Prof Stefan talks about the need for clinical trials to determine optimal treatment regimens and explains that the instigation of a national registry would cheaper and easier than may be expected.

Are any HIV related malignancies being studied?

The two most common HIV-related malignancies are related to Kaposi’s sarcoma and Burkitt’s lymphoma, these are the well-known, and then there are some incidental malignancies. This is a very important topic for Africa, especially for sub-Saharan Africa, because at the moment there are more than almost three million children living with HIV and unfortunately most of them, 2.5 – 2.6 million of those children, they do live in Africa. So we are looking at very a high number of children with HIV living in sub-Saharan Africa who get cancer, who get malignancies. So the topic was related to the burden, how many children with cancer and then the type of management – what sort of malignancies and then how does one treat those patients?

So what can we do?

Obviously there are some protocols, we do have some answers, we don’t have answers for all treatments. So Burkitt’s lymphoma we do have a protocol, which is a well-known protocol, LMB-based, or any protocol which uses active drugs for this disease and the results are promising. The major problem that we have at the moment is related to Kaposi’s sarcoma which is quite common. We are in major need of having clinical trials. Kaposi’s sarcoma, obviously, there is no doubt that those children should receive ARVs, ARVs – anti-retro viral treatment, so the treatment for HIV, and then we need to add chemotherapy. The question is which one and how many drugs because one can treat with one drug, two drugs, three drugs and different drugs, so the question is which one and how much should we use? So there are no clinical trials, unfortunately, at the moment in the management of children with Kaposi’s sarcoma in Africa or anywhere else in the world.

Are there any plans for clinical trials?

Hopefully, we hope that we are going to work together with the NCI, with the National Cancer Institute and soon we will be able to get these clinical trials going. At the moment I am the principal investigator of the HIV malignancy in South Africa, we do have a collaboration with York University in the UK and we expanded our study to other sub-Saharan African countries, so at the moment we are enrolling in Zimbabwe, Botswana, Namibia, Angola, Mozambique, Rwanda. So we are trying to collaborate as much as we can. One of my major interests is related to global health, basically outreach in Africa. So I work at the moment in about thirteen different African countries and that is related to building up capacity, all related to paediatric oncology education, teaching, training, guidelines, protocol. So everything in the context of improving the quality of care, and not only improving the quality of care but everything related to paediatric oncology in Africa.

How would a pan-African registry be created?

That is a good question and quite a difficult question. At the moment I’ve done a study, again in South Africa and I’m expanding in other African countries, to look at the cost. How much will it cost to have such a registry? Our registry started, next year will be the 25th year, so 24 years ago. And it didn’t cost us anything because each hospital or each paediatric oncology unit, the person who was in charge, or person working there, decided to collaborate and contribute to the data and sent the information to us. Obviously you have a specific form that one needs to fill, confidentiality, ethics and so on, but just basic information – how old is the child, date of birth, gender, demographic information. So it cost nothing. Then we moved from there, obviously now because we are much more involved in clinical care and so on, the cost of the paediatric tumour registry as such is actually not so big. So one really needs to find champions, we are calling them champions, people who are really dedicated and who like to make a difference to be able to collect this data and then, at regular meetings and workshops, collaborate and share the data with us. 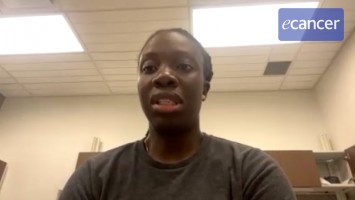 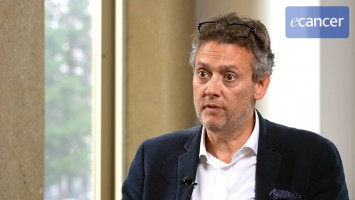 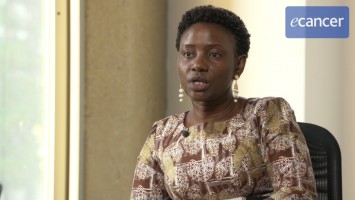 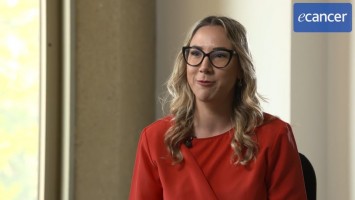