Speaking with ecancer.tv Dr Stones discusses the need for research and attention to cases of paediatric cancer, which is often over looked by the government. Paediatric cancer is a growing problem in Africa and there is a need for awareness. Facilities and research need to be created to combat this growing problem. Dr Stones suggests twinning with other institutions to get the expertise into South Africa and begin the process of building knowledge for the future.

Some of the issues are obviously that poverty is a major problem in Africa; famine, wars, other health issues are far more important, unfortunately, than a few children with malignancies because paediatric cancers are rare in children, it’s a rare disease, it doesn’t nearly come up to the number of HIV patients or the number of patients who are affected with malaria which are far bigger health problems. So cancer comes fairly low down on the health agenda. Once we’ve got the fact that we agree that paediatric cancer is a problem, we’ve then got to get the facilities going and in a lot of African countries the hospitals do not have the capacity to build and we need to get people who are interested in oncology to start those units. You need a person who is interested, that’s the major thing;  once you’ve got somebody who is interested and can manipulate then the ministers and the pharmacists and the nurses and the managers and the health medical superintendents to do what you want. And you start off with the basics and slowly you build it up and as you need more stuff you go to the lab and you say, “Look, you previously just did this, I need a little bit more to treat my patients properly, can you help me?” You go to X-rays and say, “Look here, I needed plain X-rays and ultrasound, you’ve got a CT scan, can you do CT scans on my children because I need it to be able to treat them properly?” And the same with the drugs, you need to do the same thing with the drugs. You start off with the simple drugs and as you go on, you add drugs and you go and persuade your pharmacist that yes, this drug, even though it’s expensive is going to be worthwhile in the long run. To get the expertise into Africa about how to treat patients and what protocols and what supportive care, twinning or attaching yourself to an expert hospital is very important. I don’t think they need to all be hospitals from the first world, I think there’s some very good twinning hospitals within Africa and within South Africa. I know that Cape Town Red Cross Hospital, Tygerberg Hospital, all does twinning with outlying countries and with other countries and in that way they developed in paediatric oncology through the continent.

Obviously there’s more we can do and my unit as well, we don’t actually twin with anybody but Lesotho is there and Lesotho actually twins with us. OK they do it differently, they send all their patients to us but it’s essentially exactly the same thing.

How does the transfer of knowledge take place?

Yes, it’s a transfer of knowledge from the experts to somebody who needs it. You need somebody then that’s willing to take that knowledge and go with it. And the knowledge needs to be appropriate, it’s no good going into Lesotho and saying, “Look here, the first thing you need is a bone marrow transplant unit,” where you can’t even find the patients, you don’t even know where the patients are, you’re not even getting all the patients and those that are presenting are presenting late. So that you have to remember Africa is totally different, patients present late, it means they’ve got advanced disease, it means they’re probably not going to do as well. But if you don’t start treating those patients, you’re never going to be able to develop the expertise to treat the patients who present with early disease, the stage 1s and 2s which are the curable cancers.

Is your institute interested in educating the public as well as doctors and nurses?

I think that educating the general public would be useful but the signs and symptoms of childhood cancer are very varied and they are very common things. What is probably more important is to educate the people in the clinics and the people in the secondary hospitals that they, when they see a child with a symptom, that childhood cancer is on the list of what they’re going to think of. So if you’ve got an anaemia then somewhere on the list of differentials you need to have malignancies or leukaemias or childhood cancers. So that they just think about it, because if you don’t think about it, you’re not going to make the diagnosis. So I think that’s probably more important than the general public and in South Africa there is a red flag sign, pamphlet or poster that goes out that has been translated into many languages, local languages, and is available in a lot of the clinics and is supported by our National Department of Health. 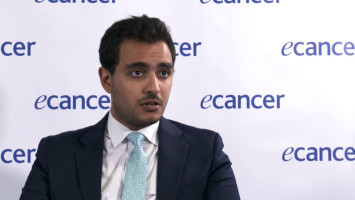