Prof Luciano Costa speaks to ecancer about his thoughts on the latest in combination therapies for newly diagnosed multiple myeloma patients. He says there has been a quick evolution in the number of treatments available for patients with newly diagnosed MM.

There’s a very quick evolution on the treatment of patients with newly diagnosed multiple myeloma. The common theme of ASH and the common theme of really the clinical evidence in the last couple of years is the very strong role that CD38 monoclonal antibodies have in the newly diagnosed setting. That has been demonstrated and confirmed in the CASSIOPEIA trial with dara-VTd; that has been demonstrated in the GRIFFIN trial with dara-VRd; that has been illustrated in the MASTER trial with dara-KRd and in the MANHATTEN trial with dara-KRd. And at the ASH this year we’re seeing from the German group the isatuximab-VRd given for an extended 18 weeks induction producing very high rates of response, including MRD negative response, that is superior to what is achieved with VRd.

Several questions remain. One question is what is the best combination? Does it really matter what PI you’re combining with or what IMiD you’re combining with? I think it does but only time will tell. There are other questions like the optimal duration of the monoclonal antibody that have not been answered. Many of those studies continue the monoclonal antibody until progression but the lack of benefit of daratumumab when used as maintenance on patients who received daratumumab-based induction and consolidation on the CASSIOPEIA trial put that into question, whether patients need indefinite therapy with CD38 monoclonal antibody.

The last question, perhaps important, is as the therapy evolves it becomes more effective in myeloma. We have fewer and fewer patients who do not respond or who have a transient, short-living response. But those patients will be very select and they will be patients with a very worse biology. So I wouldn’t say it creates a problem but frames a problem – those patients with very high risk disease that definitely will need therapy other than quadruple therapy. It’s pretty clear that even the best quadruple combination is not optimal in every single patient. 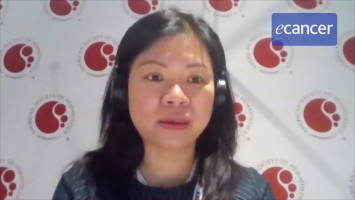