Published: 22 Jun 2011
Views: 6184
Rating:
Save
Prof Jacques Bernier - Clinique de Genolier, Genolier, Switzerland
Prof Jacques Bernier summarises the most significant head and neck cancer research presented at the 2011 ASCO meeting in Chicago. The first trial discussed demonstrated that adding cetuximab to chemoradiation was not beneficial to patients with locally advanced head and neck cancer. A second phase II study investigating organ preservation found that although bioradiation was not superior to chemoradiation, it was equivalent and is therefore preferable due to its lower toxicity profile. Prof Bernier concludes by discussing advances in biomarkers, imaging and radiation techniques.

Professor Jacques Bernier, thank you very much for coming in to the studio just for five minutes; you’ve been very busy, I know, and ASCO is hellish. You’re one of the international leaders in head and neck oncology and presumably you went to all the sessions, I didn’t see any of them so tell me what was important.

I think it was a very important year for head and neck oncology, this ASCO meeting of 2011, because there were, among others, two phase III trials which have been closed recently, at the beginning of 2010, and the results became mature for this ASCO meeting. So the first very important input comes from the RTOG with a phase III study on locally advanced disease which compared chemoradiation versus chemoradiation plus one of the most investigated biomolecular agents, which is cetuximab. Actually the trial didn’t demonstrate any superiority of the experimental arm with cetuximab in comparison with the chemoradiation alone. This is very important because it will condition the routine practice both in the States and in Europe, so those results were welcome but we have to understand why, in other studies, cetuximab brought something very important in terms of efficacy and in terms of lower toxicity, why in this study we did not reproduce the same outcome.

A big study because it accrued 900 patients, so for head and neck it’s a huge effort but there are probably confounding factors which are responsible for that, for instance, as you know, for oropharynx cancer we have no HPV status, which is of great importance in terms of prognostic factor.

And was that done retrospectively?

No, here I would say that we have had, from several retrospective studies from Gillison, this input of the HPV status but here this is something which has to be certainly investigated prospectively in the future trial because certainly this is a confounding factor for many, many years.

The second trial is from France, it has been conducted by Jean-Louis Lefebvre from Lille. Actually it’s called the TREMPLIN trial, don’t ask me why. But actually this is organ preservation, a larynx preservation programme which is a phase II study with a little bit more than 100 patients which compared, after an induction phase of chemotherapy with TPF, bioradiation versus chemoradiation. And here again, even if the stat setting is different, actually there is no difference in terms of outcome between bioradiation and chemoradiation but I think that the main message we can draw from this study is that it’s very difficult to conduct what we call sequential treatment all along with cisplatinum and that if you are using bioradiation you have less toxicity. If you are reaching the same level of efficacy I would say it’s certainly a bonus.

Yes, it was not constructed like this, it’s a phase II, so I think that we should not extrapolate too much in terms of efficacy results because, as you say, it’s a little bit more than 100 patients. But I think it validates the use of bioradiation along the sequential phase.

And the differences in toxicities were seen in which?

As expected for the platinum, it was essentially a kidney toxicity which was much higher than that observed with the cetuximab. The cetuximab, as expected also, had more problems in terms of skin reactions and also hypersensitivity but in a smaller number of patients.

And you don’t die of skin toxicity usually but there are real problems…it’s a big one.

Other things that you’re picking up? New green shoots coming through?

Yes, I think that also in the poster discussions there were interesting translational research works on new biomarkers. I think it will be difficult because of time constraints to list all of them, but so far we must acknowledge the fact that we had no reliable biomarker in head and neck oncology. I think that now the picture becomes more open. That means that in head and neck studies we have a mandatory companion study to link to what we are doing with the clinical phases.

Biomarkers for which pathways, Jacques?

Usually it’s always the EGFR, VGF, but some pathways like MET and MEK are also investigated now.

They’re looking interesting in lung too?

Yes, but it’s difficult to extrapolate systematically the results from lung to head and neck and vice versa.

Just because smoking comes into the picture. You’ve still got the HPV of course.

So that’s interesting. Imaging – anything in the imaging area?

The imaging area, as you know, the morphological component is now well quantified but there is certainly, in terms of functional imaging, new aspects, not only with the FDG but also with hypoxia which is a bit of a nightmare of the radiation oncologist, especially in head and neck.

And radiation techniques, CyberKnives and things on display?

Radiation techniques, I would say that IMRT is certainly now much more diffuse in comparison with five years ago.

That’s a good thing but you have to realise that for centres who are opening this new era in their department, there is certainly a learning curve which is very important in terms of dose distribution, for instance dose to the skin which can be much higher with IMRT compared to conventional fractions.

An interesting ASCO for head and neck, thank you very much indeed for telling us about it, I really appreciate it. 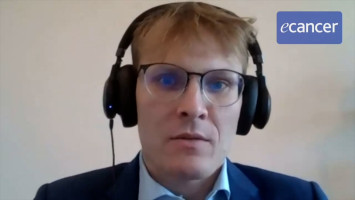 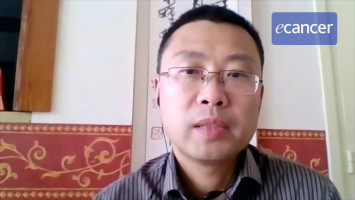