Practical applications on new data of genetic ALL subtypes

Prof Robin Foà talks to ecancer ahead of his talk at the ALL Assembly 2021.

He begins by saying as time has passed there's been a lot learnt about the genetic landscape of ALL in both children and adults and says the better understanding of the biology of diseases often translates as better prognostic certification and management.

Prof Foà then goes on to talk about other areas he'll touch upon in his talk, including Philadelphia chromosome-positive ALL which has an unfavourable prognosis, but there are now ways of identifying cases earlier, which should soon translate into better targeted treatment.

He concludes by saying it's important to underline how prognoses change, touching upon lucky children in developed countries who are in a longterm survivorship bracket of over 80%, with other types of ALL not too far behind. He says that current prognoses are by no means perfect, but they are consistently improving, and this is largely due to the understanding of the genetic biology of the disease. 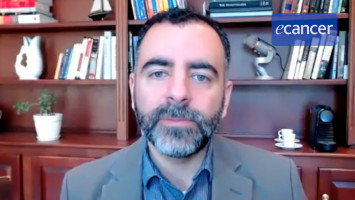