Stereotactic radiosurgery may be best for metastatic brain cancer 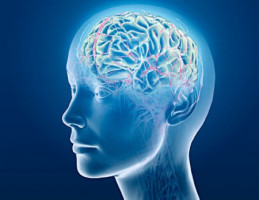 These findings are according to the results of a federally funded, Mayo Clinic-led, multi-institution research study published today in the Journal of the American Medical Association.

“Metastatic brain tumours are unfortunately common in patients with cancer,” says Paul Brown, M.D., a radiation oncologist at Mayo Clinic and the lead author of the study.

Dr. Brown says that, while SRS gives physicians the opportunity to treat tumours and spare healthy brain tissue, a combination of SRS plus WBRT has been shown to help control growth of metastatic brain tumours.

“The concern is that WBRT also damages cognitive function,” says Dr. Brown. “That is why we have been studying the use of SRS alone.”

Researchers enrolled 213 patients between February 2002 and December 2013, and randomly assigned them to treatment with SRS alone (111) or SRS followed by WBRT (102).

Quality of life (QOL) was also higher at three months among patients treated with SRS alone.

There was no significant difference in functional independence at three months between treatment groups.

“This is the first large-scale clinical trial to evaluate this patient population with a comprehensive battery of cognitive and QOL instruments,” Dr. Brown says. “WBRT has often been offered early in the disease course for patients with metastatic brain tumours, but, because of this trial, we know the negative impact of WBRT on both quality of life and cognitive function is significant. With these trial findings, we expect practice will shift, reserving WBRT for patients with more extensive disease in the brain.”