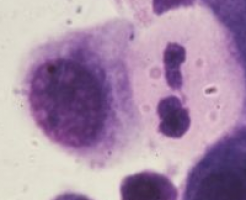 A recently discovered phenomenon in which multiple mutations cluster in a few hotspots in a genome, called kataegis, as been linked to breast cancer progression.

The anomaly was previously found in some cancers, but it has been unclear what role kataegis plays in tumour development and patient outcomes.

Using a database of human tumour genomic data, researchers at the University of California San Diego School of Medicine and Moores Cancer Center have discovered that kataegis is actually a positive marker in breast cancer -- patients with these mutation hotspots have less invasive tumours and better prognoses.

The study, published in Cell Reports, also suggests kataegis status could help doctors determine the treatment options that might work best for patients with the mutation pattern.

"We don't know what causes kataegis, and before this study not much was known about its functional importance at the molecular or clinical level," said senior author Kelly Frazer, PhD, professor of paediatrics and director of the Institute for Genomic Medicine at UC San Diego School of Medicine and Moores Cancer Center. "We've now found that kataegis is associated with a good prognosis for patients with breast cancer."

To determine the role of this phenomenon in patient outcomes, Frazer and her team studied human breast cancer data available from The Cancer Genome Atlas (TCGA), the National Institutes of Health's database of genomic information from more than 15,000 human tumours representing many cancer types.

The Frazer team established the kataegis status of 97 breast tumours and then paired this information with patient data, such as age at diagnosis, treatment and outcome.

They also looked at an additional 412 human breast cancers for which they predicted kataegis status.

These mutation hotspots were more common in breast cancer patients diagnosed at a later age, and patients with HER2-positive and high-grade tumours.

What's more, the presence of kataegis was a marker for good prognosis.

Kataegis on chromosome 17 and 22 in particular were associated with low tumour invasiveness.

In a finding that helps explain kataegis' beneficial effect, the researchers noted that genes located near kataegis hotspots were less likely to behave abnormally than genes located further away in the genome.

"We think kataegis mutations are dampening the abnormal expression of neighbouring genes that might otherwise contribute to tumour development and invasiveness," said Matteo D'Antonio, PhD, a postdoctoral researcher in Frazer's lab and first author of the study.

Besides providing a more promising prognosis, Frazer said kataegis status might also be helpful in determining a patient's treatment options.

The researchers confirmed that tumours with kataegis have high levels of human epidermal growth factor receptor 2 (HER2).

HER2-positive breast cancers can typically be treated with HER2-targeted therapies, meaning the prognosis for this tumour type is relatively good.

In addition, the researchers found that tumours with kataegis have elevated levels of PLAC1, a gene that encodes a molecule that is an immunotherapy target in gastric cancer.

Immunotherapy is an approach that boosts a patient's own immune system to better fight tumours while leaving healthy tissues alone.

Tumours with kataegis on chromosome 8 also tended to have lower gene activity involved in resistance to the anti-leukemia drug imatinib.

There's a long way to go before kataegis status could be used in the clinic, Frazer said.

However, using genomic data similar to that found in this study, clinicians at Moores Cancer Center at UC San Diego Health have already begun tailoring cancer treatments to individual patients.

Sometimes these treatments options include new approaches being tested in clinical trials, such as immunotherapies.