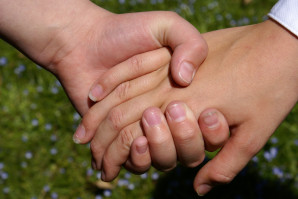 New research has uncovered a link between being married and living longer among cancer patients, with the beneficial effect of marriage differing by race/ethnicity and place of birth.

Published early online in CANCER, the findings have important public health implications, given the rising numbers of unmarried individuals in the United States in addition to the growing aging population.

For the analysis, a team led by Scarlett Lin Gomez, PhD, of the Cancer Prevention Institute of California, and Marí­a Elena Martínez, PhD, of the University of California, San Diego School of Medicine, assessed information on nearly 800,000 adults in California who were diagnosed in 2000 to 2009 with invasive cancer and were followed through 2012.

For females, the rate was 19 percent higher among unmarried patients.

These patterns were minimally explained by greater economic resources among married patients, including having private health insurance and living in higher socioeconomic status neighbourhoods.

The beneficial effect of being married on survival differed across racial/ethnic groups. Among men and women, whites benefitted the most from being married while Hispanics and Asian Pacific Islanders benefitted less.

Also, Hispanic and Asian/Pacific Islander cancer patients who were born in the United States experienced a greater benefit than those born outside the country.

“While other studies have found similar protective effects associated with being married, ours is the first in a large population-based setting to assess the extent to which economic resources explain these protective effects,” said Dr. Gomez. “Our study provides evidence for social support as a key driver.”

The findings indicate that physicians and other health professionals who treat unmarried cancer patients should ask if there is someone within their social network available to help them physically and emotionally.

Also, with the number of unmarried adults growing in the United States and the number of cancer patients also growing due to the aging population, the results have important public health implications.

“Research is needed to understand the specific reasons behind these associations so that future unmarried patients can receive interventions to increase their chances of survival,” said Dr. Martinez.