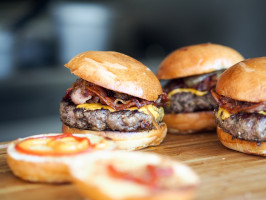 Epidemiological and animal studies show a clear link between obesity induced by a diet that is rich in fats and sugars and the incidence of many cancer, including colorectal cancer.

It is also widely recognised that dietary components affect the physiological mechanism that controls metabolism and energy balance.

Intestinal stem cells (ISCs), which reside at the base of glands in the epithelial lining of the small and large intestines known as intestinal crypts, can modulate the cellular composition of the intestine in response to dietary cues.

These cells have been shown to initiate the formation of pre-cancerous lesions in mouse models of intestinal cancer.

The ways in which obesity-linked diets can affect IPC function, intestinal remodelling and carcinogenesis are not yet completely understood.

A group of researchers led by David Sabatini of Massachusetts Institute of Technology, Cambridge, Massachusetts, USA have now used a mouse model to probe the long-term effect of a high fat diet on intestinal stem cell function and intestinal homeostasis1.

Mice from several experimental strains were fed either a high fat diet (HFD; 60% kcal from fat) or a standard chow for a period of 9-14 months, which was considered to be long enough to develop an obesity-related phenotype.

As expected, the HFD-fed mice gained significantly more mass than the control mice.

However, the intestines of the HFD-fed mice were found to be shorter in length than those of the control mice and to have shorter villi but deeper crypts.

Paneth cells are located close to ISCs in crypts and play an important role in protecting the stem cells from microbial damage.

In contrast, ISCs from HFD-fed mice were able to form organoids efficiently when cultured alone and this capacity increased further when co-cultured with Paneth cells.

This suggests that the HFD decouples ISCs from dependence on their Paneth cell-rich niche.

In the HFC-fed mice only, intestinal progenitor cells – the ISC daughter cells that give rise to all other intestinal cell types – were also able to generate organoids, indicating that they had acquired some stem cell-like properties.

The researchers then supplemented the culture media with the fatty acid palmitic acid, a key component of the high fat diet used, and showed that primary organoids from control mouse IFCs contained more stem cells and generated more secondary organoids when grown in this media.

Similar results were obtained using other fatty acids and a lipid mixture.

Messenger RNA sequencing of isolated ISCs and progenitor cells from control and HFD-fed mice showed that the high fat diet increased the expression of many genes that are targets for the nuclear peroxisome proliferator-activated receptor PPAR-δ in the small intestine and colon.

Furthermore, loss of PPAR-δ expression in the intestines of control mice blocked the ability of their ISCs to respond either to fatty acids or, as expected, to PPAR-δ agonists.

Further analysis of mRNA expression showed that PPAR-δ activation driven by a high fat diet raises the activity of another signalling protein, beta-catenin, which is mutated or up-regulated in several cancer types.

The researchers found a higher incidence of spontaneous carcinomas and pre-cancerous lesions in the intestines of the HFD-fed mice than in those of the controls.

They finally showed that PPAR-δ activation induced by fatty acids enabled a subset of progenitor cells lacking the tumour suppressor gene Apc to initiate the growth of adenomas both in vivo and in vitro.

In an accompanying Nature News and Views2 Chi Luo and Pere Puigserver from Harvard Medical School and the Dana-Farber Cancer Institute, Boston, Massachusetts, suggest that further work could focus on whether dietary or pharmaceutical interventions that target ISC activity could be effective against cancer and perhaps other intestinal diseases.