SABCS 2015: Resistance of ER-positive breast cancer to tamoxifen therapy may be driven by APOBEC3B 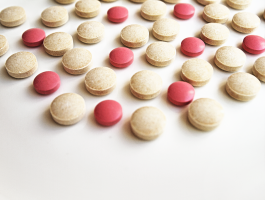 Responses to tamoxifen were significantly prolonged by reducing levels of the enzyme APOBEC3B in preclinical models of oestrogen receptor–positive breast cancer and significantly shortened by increasing levels of APOBEC3B, suggesting that APOBEC3B drives resistance to tamoxifen, according to data presented at the 2015 San Antonio Breast Cancer Symposium, held Dec. 8–12.

In complementary clinical analyses, among patients with recurrent oestrogen receptor–positive breast cancer treated with tamoxifen, those who had high levels of APOBEC3B in their primary tumours had shorter durations of progression-free survival than those whose primary tumours had low APOBEC3B levels (medians of 7.5 versus 13.3 months).

“Several recent studies have linked elevated levels of the enzyme APOBEC3B in oestrogen receptor–positive breast cancer with poor patient outcomes, but whether APOBEC3B actually drives the poor outcomes has not been determined,” said Reuben Harris, PhD, investigator of the Howard Hughes Medical Institute, professor in the Department of Biochemistry, Molecular Biology, and Biophysics at the University of Minnesota, Twin Cities, and member of the Masonic Cancer Center.

“We know that APOBEC3B is not required for human life because a large proportion of people in Southeast Asia do not have APOBEC3B as a result of a natural genetic variation,” Harris continued.

“This, combined with the fact that it is an enzyme, makes APOBEC3B an attractive target for a therapeutic that could stop the development of resistance mutations and substantially extend the length of response to tamoxifen.”

The tumour samples were obtained during surgery for primary breast cancer and all patients were treated with first-line tamoxifen therapy only after disease recurrence.

Harris explained that APOBEC3B is an enzyme that causes genetic mutations and that this study suggests that by promoting genetic mutation it drives tamoxifen resistance.

He also noted that this study indicates that APOBEC3B, as a dominant intracellular source of genetic mutation, could potentially be controlled to prevent cancer progression.

Harris mentioned that we already know of external causes of cancer-driving genetic mutation that can be controlled—for example, ultraviolet radiation from the sun, which can be avoided by seeking shade or applying sunscreen, and cigarette smoke, which can be controlled by quitting—and APOBEC3B should be regarded as an analogous intracellular factor.