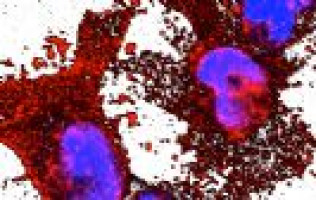 The targeted drug nivolumab significantly prolongs survival in patients with advanced kidney cancer, whose disease has progressed after their first treatment, according to results presented at the 2015 European Cancer Congress and published simultaneously in the New England Journal of Medicine.

The CheckMate 025 phase III clinical trial, which compared nivolumab with the standard treatment, everolimus, in patients with clear cell renal cell carcinoma (a common type of kidney cancer), is the first to show an improvement in overall survival in these patients for any immune checkpoint inhibitor drug – therapies that target molecules playing an important role in the immune system’s ability to recognise and attack tumours.

However, the survival benefit was seen in patients regardless of the extent of PD-L1 expression in their tumours.

In the first of two late-breaking presentations of research that is predicted to change the way kidney cancer patients are treated, Padmanee Sharma, who is Scientific Director of the Immunotherapy Platform and Professor in the Departments of Genitourinary Medical Oncology and Immunology at the MD Anderson Cancer Center, USA, will tell the presidential session at ECC2015: “CheckMate 025 is the first and only study in which immunotherapy with an immune checkpoint inhibitor, used after prior treatment has failed, has shown a benefit in overall survival among patients with advanced kidney cancer for whom treatment options are currently limited. This analysis shows that patients taking nivolumab had a median overall survival of 25 months as compared to 19.6 months for those taking everolimus.”

“It is exciting to see the outcome of this study, as the results are significant and clinically meaningful to patients and healthcare professionals alike. They are likely to change the treatment of patients with advanced kidney cancer, whose disease has progressed on prior treatment. Although we cannot speculate at this time on when nivolumab might enter the clinic, we hope that this study will quickly lead to approval of nivolumab as a standard of care therapy for these patients.”

There were fewer serious (grade 3-4) side effects among patients treated with nivolumab: 19% compared to 37% among patients treated with everolimus. The most common side effects were; fatigue (33%), nausea (14%) and severe itching (14%) for nivolumab, and fatigue (34%), inflammation of the mucous membrane of the mouth (30%) and anaemia (24%) for everolimus.

There were no treatment-related deaths for nivolumab and two among patients receiving everolimus.

They were randomised to receive 3 mg/kg of nivolumab intravenously every two weeks or a 10 mg tablet of everolimus taken orally once a day.

The trial was stopped early in July 2015 when it became clear that there was superior overall survival among patients being treated with nivolumab.

Patients were offered the opportunity to continue with nivolumab treatment or, for those on everolimus, to switch to nivolumab.

Professor Sharma told the congress: “Renal cell carcinoma is the most common type of kidney cancer in adults, with 338,000 new cases and more than 100,000 deaths worldwide each year. Globally, the five-year survival rate for those diagnosed with advanced kidney cancer is 12.1%, and so more effective treatments are desperately needed for these patients.”

“The finding that overall survival was higher among patients treated with nivolumab, irrespective of PD-L1 expression, suggests that PD-L1 expression should not be used to determine which patients might respond to the therapy and whether or not offer it to them,” says Prof Sharma.

“PD-L1 is a dynamic biomarker that changes over time as a result of evolving immune responses. So it is not surprising that PD-L1 measured in tumour samples before treatment does not capture the true expression of PD-L1 and how it may correlate to responses to treatment. I would expect that tumour samples taken while patients were on-treatment, as opposed to pre-treatment, might indicate that PD-L1 expression, as well as other markers of immune response, has a correlation with response to treatment.”

Professor Peter Naredi, the ECCO scientific co-chair of the Congress, who was not involved in the research, commented: “I am as excited as Professor Sharma over the news we are hearing at this European Cancer Congress in Vienna. At the same presidential session two practice-changing randomised phase III trials are presented. For patients with advanced kidney cancer who have progressed on earlier treatment, we now get two novel treatment options, both with different mechanisms of action. Prof Sharma and her global network of colleagues show here a clear survival benefit for kidney cancer patients who receive nivolumab.”

The other late-breaking presentation in the presidential session by Professor Toni Choueiri, who reported results from the METEOR randomised phase III trial of cabozantinib versus everolimus in advanced clear cell kidney cancer.

Watch the press conference video or interview for more.