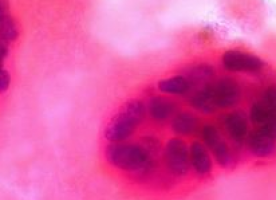 An increasing body mass index (BMI) was associated with a higher rate of prostate cancer relapse, prostate cancer death, and death from any cause among men treated with dose-escalated intensity-modulated radiotherapy for localised prostate cancer, according to the results of a retrospective study by Fox Chase Cancer Center researchers.

“Based on this study, men with higher BMI have worse prostate cancer-specific outcomes, as well as an increased risk for dying from any cause compared to men with lower BMI when treated similarly,” said Lora S. Wang, MD, of the department of radiation oncology at Fox Chase.

“Obesity and its effects on cancer treatment and outcomes should undergo further study to better elucidate the relationship.”

Previous research has shown that obese men have an increased risk for death from prostate cancer compared with men with a normal BMI.

However, the exact effects of BMI in men treated with external beam radiation therapy are less clear, and few studies have evaluated the effect of obesity in the era of dose-escalated intensity-modulated radiotherapy—techniques that include a more focused area of treatment, higher radiation doses, and the use of daily imaging to help pinpoint the radiation.

In the study, which was published in Cancer, Dr. Wang and colleagues identified 1,442 patients with localised prostate cancer treated at Fox Chase with definitive intensity-modulated radiation therapy and image-guided radiation therapy between 2001 and 2010.

The researchers then analysed whether BMI had any effect on outcomes.

The median age of patients was 68 years and the median radiation dose was 78 grey.

Increasing BMI was found to be associated with a small but increased rate of prostate cancer relapse (3 percent) in men treated with external beam radiation therapy.

According to Dr. Wang, the exact mechanism of this association is unclear, although studies have shown that obesity increases certain cellular factors and hormones, which in turn may lead to more aggressive cancer and rapid progression.

“All patients should be counselled on diet and exercise as well as any potential lifestyle changes to obtain or maintain a healthy weight,” Dr. Wang said.