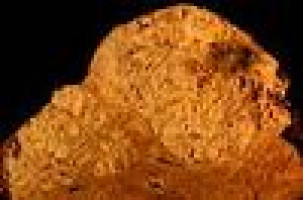 Findings from a phase I/II study suggest that nivolumab is safe and effective in advanced liver cancer.

Based on the results of the phase I part of the study, eight (19%) of the 42 evaluable patients responded to the anti-PD-1 antibody with tumour reduction beyond 30%.

More importantly, the responses have been durable and surpassed 12 months in four patients.

The overall survival rate at 12 months was 62%.

Patients with advanced liver cancer are in particular need of new treatments.

There is currently only one FDA-approved systemic treatment for advanced liver cancer, the multi-targeted tyrosine kinase inhibitor, sorafenib.

However, just 2% of patients have an objective tumour response (more than 30% shrinkage) to sorafenib, and the average overall survival is 10-11 months.

“We are encouraged to see that nivolumab was safe overall, and the response rate as well as preliminary survival data look quite promising,” said lead study author Anthony B.

“While we have to verify this early signal in larger studies, this is one of the first signs that immunotherapy with immune checkpoint inhibitors will have a role in the treatment of liver cancer.”

About 35,660 patients will be diagnosed with liver cancer in the United States in 2015, but the disease is even more common in parts of Africa and South-East Asia.

Liver cancer is the leading cause of cancer death worldwide, accounting for more than 600,000 deaths each year.

Seventy-five percent of the patients enrolled on the study had previously received systemic therapy, including 68% who had received sorafenib.

Nivolumab was given intravenously every two weeks for up to two years.

The overall response rate was 19%, with eight patients experiencing objective tumour shrinkage beyond 30%, and two having complete remissions.

The responses were durable, with 50% lasting beyond 12 months as most patients continued on treatment.

In addition, tumours stabilised (tumour growth was stalled) in 48% of patients, with the longest case lasting beyond 17 months.

Nivolumab was safe and well tolerated, even in patients with ongoing hepatitis B or C infections.

Specifically, there have not been any safety concerns related to flares of hepatitis B infection or worsening viral infection.

Dr. El-Khoueiry remarked that the findings from this early trial open the door to a new class of drugs for patients with liver cancer.

“While these results are preliminary and limited to a small number of patients, they remain exciting and provide strong justification for more studies of nivolumab and other immunotherapy approaches for patients with advanced liver cancer,” he said.

Watch the press conference video or the interview for more.