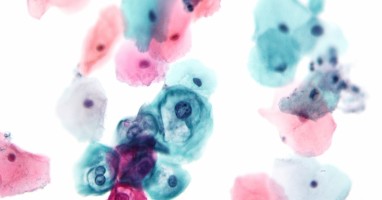 A tailored immunotherapy approach that could be used as a ‘universally applicable blueprint’ was found to be effective in three independent tumour mouse models, reports a German study in Nature.

Tumour-specific mutations represent ideal targets for cancer immunotherapy as they lack expression in healthy tissues and can potentially be recognised by the body’s immune system.

However, systematic targeting by vaccine approaches has been hampered by each patient’s tumour possessing a unique set of mutations ‘the mutanome’ that requires to be identified first.

In the current study, Ugur Sahin and colleagues, from Johannes Gutenberg University, Mainz, Germany, established a process by which mutations identified by exome sequencing could be selected as vaccine targets through bioinformation prioritisation based on both expression levels and major histocompatibility complex (MHC) class II-binding capacity for rapid production.

Finally, they demonstrated an abundance of mutations predicted to bind to MHC class II in human cancers by employing the same predictive algorithm on corresponding human cancer types.

“The tailored immune-therapy approach introduced here may be regarded as a universally applicable blueprint for comprehensive exploitation of the substantial neo-epitope target repertoire of cancers, enabling the effective targeting of every patient’s tumour with vaccines produced ‘just in time,’” write the authors.

The approach, they add, might be particularly useful for reshaping the tumour microenvironment in patients who lack T-cell infiltration in their tumours and also used to increase the clinical success rate of checkpoint blockade therapy that depends on pre-existing immunity.

“Targeting multiple mutations at once may in theory pave the way to solve critical problems in current cancer drug development such as clonal heterogeneity and antigen escape,” write the authors, adding that based on these findings and prior work a ‘first-in-concept’ trial in melanoma patients has been initiated to explore whether production of poly-neo-epitope mRNA cancer vaccines is feasible.