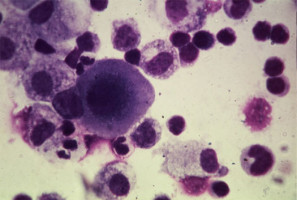 Merck Serono have announced that the first liquid biopsy RAS biomarker testing centre has opened in Vall d’Hebron’s Institute of Oncology, Barcelona, Spain, and will initially test patients as part of its research programme.

This is an important milestone in making the new liquid biopsy RAS test available to patients with metastatic colorectal cancer (mCRC).

The liquid biopsy method, also known as blood-based biomarker testing, is a simplified and rapid approach for determining the RAS (KRAS and NRAS) mutation status of tumours, as it requires a single blood draw, rather than a tissue biopsy or surgical procedure.1

“We are excited that within less than one year of announcing our collaboration with Sysmex Inostics we are already making significant progress in bringing this new liquid biopsy RAS biomarker test to patients in one of Europe’s leading oncology centres,” said Belén Garijo, Member of the Executive Board of Merck and CEO Healthcare, at the opening event in Barcelona.

The liquid biopsy RAS biomarker test will help to advance precision medicine, and also has the potential to provide mutation status results within days, helping to guide treatment decisions.1

Approximately half of patients with mCRC present with tumours with RAS mutations.2

The liquid biopsy RAS biomarker test is expected to receive its European Conformity approval (CE mark) in the coming months, making it accessible to a wider population of mCRC patients.

The test will then be implemented in numerous medical centres across the world.

The Vall d’Hebron Institute of Oncology will be the first test centre of its kind, with further laboratories to be established throughout 2015, including in Australia, France, Germany, Italy and the UK, among others.

“This is a significant step in our collaboration with Merck Serono,” said Fernando Andreu, CEO of Sysmex Inostics.

“We are pleased to have The Vall d’Hebron Institute of Oncology as the first institution to offer our highly sensitive OncoBEAM™ tests for blood-based diagnostics."

Vall d’Hebron’s Institute of Oncology will use blood samples from mCRC patients to advance research into RAS biomarkers.

The ability to test for these mutations at Vall d’Hebron with a potentially quicker and easier testing method could improve the standard of care for patients.

“As patients with metastatic colorectal cancer (mCRC) can respond differently to various treatments, it is important to understand more about the tumour, especially its biology and genetics,” said Professor Josep Tabernero, Director of the Vall d'Hebron Institute of Oncology.

“Once this liquid biopsy RAS biomarker test has received its CE mark, it will become an important advance in testing mCRC patients and be a useful tool for treatment decisions. The liquid biopsy method can potentially save time, compared with current tissue-based RAS testing, and spares patients from a tissue biopsy or surgical procedure. We will only need a sample of blood, and we can then potentially provide results in 2–3 days.”