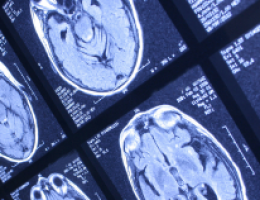 A new study by Johns Hopkins researchers links a well-known cell communication pathway called Notch to one of the most common – but overall still rare – brain tumours found in children.

Their study, described in the Journal of Neuropathology & Experimental Neurology, suggests the pathway's involvement with a low-grade brain tumour called pilocytic astrocytoma, or PA.

The tumour, which makes up an estimated 15 percent of primary brain tumours in children and adolescents, is slow growing.

Surgical removal is usually the only treatment necessary, according to the Johns Hopkins scientists, although cases occur in hard-to-reach spots in the brain where they may grow and cause seizures, vision loss, and physical coordination problems.

According to Fausto Rodriguez, M.D., associate professor of pathology at the Johns Hopkins University School of Medicine and a member of the Johns Hopkins Kimmel Cancer Center, he and his colleagues made their discovery while comparing the expression of genes – as measured by the amount of RNA the genes made – in the Notch pathway between brain tissue from a mix of healthy children and those with PA.

They found that by this measure, one or more of the pathway's genes were overexpressed in nearly all 22 samples of PA brain tissue, as compared with normal brain tissue.

Depending on the gene under study, overexpression spanned from four to up to 21 of the 22 samples.

Notch-related proteins, specifically HES1, were present in 58 of 61 additional samples, and 40 of those 61 samples showed moderate to strong protein expression.

"We know that cancer can abnormally activate such signalling pathways to promote cell growth and survival, and our new findings line up with that knowledge."

Rodriguez says that changes in the Notch pathway have been implicated in various cancers, from leukaemia to breast cancers.

His Johns Hopkins colleague and co-author Charles Eberhart, M.D., also has shown the pathway to be critical for medulloblastoma and glioblastoma, two other far more lethal brain cancers affecting children and adult patients.

"We wanted to see if Notch also was inappropriately active in lower-grade tumours like PA, and that appears to be the case," Rodriguez says.

In further experiments with implications for improved treatment of PA, the scientists were able to block the Notch pathway's abnormal activity in PA tumour cells with two methods: a technique that uses "short hairpin" RNA, a form of genetic material, to specifically silence the genes' expression, and a drug class called gamma secretase inhibitors that are being tested in several cancer clinical trials.

The new findings, says Rodriguez, suggest that Notch might someday be a therapeutic target for PA treatment, especially for tumours that can't be reached surgically.

This type of tumour, Rodriguez says, often doesn't respond as well to other therapies, such as radiation or chemotherapy, because it is very slow growing.

Rodriguez and colleagues have studied other cell signalling pathways involved in PA, including the BRAF and mTOR pathways, and say targeting these pathways with drugs is a new potential avenue of treatment for tumours that don't respond to current treatments.

In particular, the researchers were intrigued by how the gamma secretase inhibitor prevented cell migration in the tumour cell lines.

"There's a subset of these low-grade tumours that can disseminate and migrate, and targeting this Notch pathway could be potentially useful in keeping these tumours from spreading to places like the surface of the brain or cerebrospinal fluid," Rodriguez says.