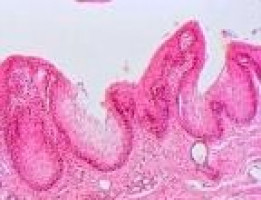 For patients with locally advanced pancreatic cancer, the combination of chemotherapy and stereotactic ablative radiation (SABR) may be a promising treatment option, ultimately allowing them to undergo surgery that may not otherwise be an option, according to research presented at the American Society for Radiation Oncology's (ASTRO's) 56th Annual Meeting.

Surgery is the only potentially curative therapy for individuals with pancreatic ductal adenocarcinoma (PDA), the most common type of pancreatic cancer.

However, pancreatic cancer is often diagnosed at an advanced stage, making surgical removal of the tumour or the organ challenging, if not impossible.

In addition, many patients with locally-advanced pancreatic cancer may have microscopic spread of the disease to other parts of the body.

Currently, there is no standard of care for treating patients with pancreatic cancer for whom surgery is not an option.

Stereotactic ablative radiation (SABR), with its shorter treatment times and precision that lowers the risk of damage to normal cells, is a promising treatment modality for patients with locally advanced PDA.

This prospective, single-arm, phase II clinical trial was conducted to evaluate the safety, feasibility, and efficacy of induction chemotherapy followed by SABR in 34 patients who had biopsy-proven PDA.

The average patient age was 71, and 56 percent of the patients were women.

Induction chemotherapy, consisting of gemcitabine and capecitabine, was administered over four, 21-day cycles to 31 of the 34 (91 percent) of the patients.

Three of the patients did not complete chemotherapy—one died after consent but prior to chemotherapy; one died during chemotherapy because of an arterial occlusion; and one had a myocardial infarction prior to completion of the four courses of chemotherapy.

As evidenced by CT scan, the cancer did not grow or spread in all 31 patients who completed chemotherapy, thus all patients received three SABR treatments of 36 Gy each, including a 2mm expansion around the gross tumour.

Of the 31 patients, 12 (40 percent) proceeded to pancreaticoduodenectomy (commonly referred to as "the Whipple procedure," which removes the head of the pancreas, part of the small intestine, the gallbladder, the end of the common bile duct and sometimes a portion of the stomach).

Ninety percent of patients who had surgery (11) had no local disease after surgery.

Ultimately, for this patient population, the findings translate to approximately 90 percent chance of local disease control at 1 year, and >20 months free of any disease recurrence.

"This is a promising treatment option that may prove not only to be more effective than chemotherapy alone prior to surgery, it may also be better than chemotherapy and standard radiation," said lead study author Kimmen Quan, MD, a radiation oncologist at the University of Pittsburgh Medical Center.

"Patients tolerated the chemotherapy and SABR regimen quite well, with excellent quality of life during treatment. These results appear to translate into better control of disease in the pancreatic region and a longer freedom from disease recurrence. This combination should be considered for patients with advanced pancreatic cancer, which is still treatable disease, and could potentially improve survival in this patient population."